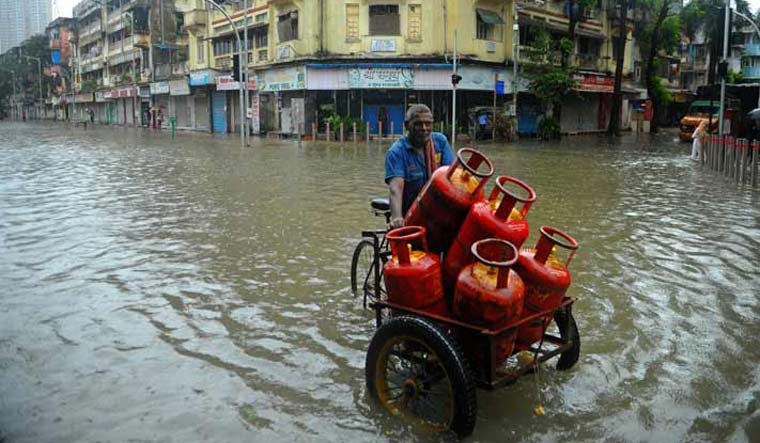 Waterlogging was reported from several parts of the city | Vishnu V. Nair

Many areas in Mumbai were waterlogged and low-lying areas were inundated after the city witnessed heavy rainfall on Friday.

The India Meteorological Department (IMD) had, on Thursday, predicted heavy rainfall in the city and the coastal districts nearby on Friday and Saturday and issued an orange alert.

Mumbai Police has advised people to remain indoors and not venture out unnecessarily as heavy to very heavy rainfall has been predicted in isolated places in the city.

The @Indiametdept has forecasted ''heavy to very heavy rain at isolated places" for Fri & Sat for Mumbai.
All citizens are advised to remain indoors, not venture out unnecessarily and take necessary precautions.#MumbaiRains

Water-logging has forced the Brihanmumbai Electric Supply and Transport (BEST) to divert several of its buses at Sion, Gandhi Market and Hindmata, according to Times of India.

Traffic movement was heavily affected in many parts of the city, including a 2km long jam near Titwala on the Mumbai-Nashik highway, following incessant rains say media reports.

“The entire Konkan coast, including Mumbai, will receive heavy incessant rains for the next 48 hours. People are advised to avoid travelling,” K.S. Hosalikar, deputy director, western region, IMD, has been quoted as saying.

The IMD has also warned traffic snarls, uprooting of trees and the possibility of the collapse of old buildings due to heavy rains, say media reports.