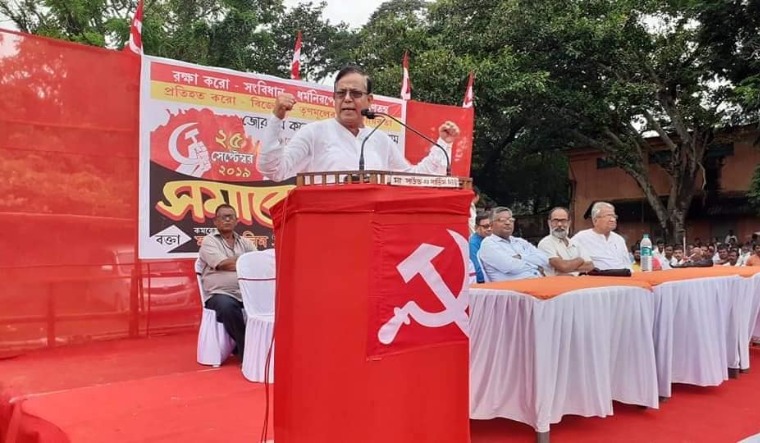 He claimed that the country has a reserve of 10 lakh crore metric tonne of food grains, which is three times that of the required buffer stock.

"But, since the Bihar elections are near, the prime minister has announced the free ration programme till Chatth Puja," Salim said, demanding that the Centre provide free food grains to all till December amid the COVID-19 pandemic.

Under the scheme, five kg of wheat or rice and one kg of pulses per month will be given free of cost to the poor.

The food programme announced by Modi is nothing new, but was introduced a year back, Salim said. "It is old wine in a new bottle."

Salim also said the Central government is trying to shore up its financial reserves by continuously raising fuel prices, putting the masses in great distress owing to increasing cost of essential items.

He added that the Centre's decision to ban 59 Chinese apps is a "gimmick".

"When people are calling for safeguarding the map of the country, the government is engaged in banning apps," Salim said.