She threatened to acquire 6,000 private buses under Disaster Management Act 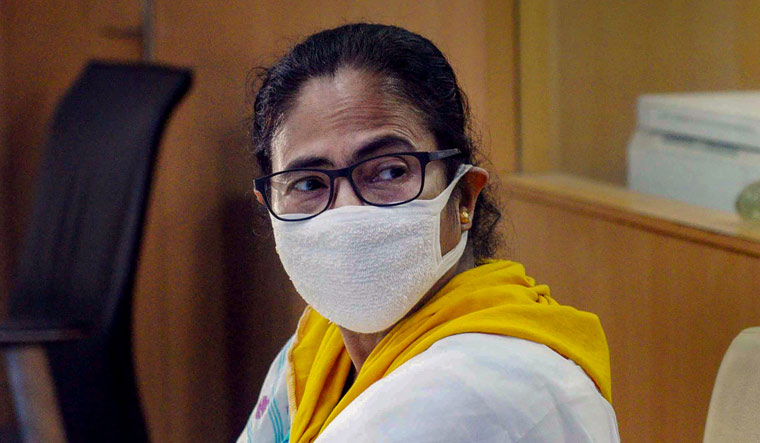 West Bengal Chief Minister Mamata Banerjee, on Tuesday, threatened to acquire 6,000 private buses in Kolkata through imposition of National Disaster Management Act if the owners continue to refuse to operate the buses.

Commuters in Kolkata and suburbs have been having a tough time in reaching their destinations with several private buses going off the roads demanding a fare hike in view of high fuel costs and restrictions on the number of passengers to mitigate COVID-19 risks. The operators' associations of private buses, which carry the bulk of passengers in the state, had said it would not be possible for them to ply their vehicles owing to the mounting losses caused by high diesel price and lesser number of passengers than in pre-coronavirus times.

The state cabinet, which met on Tuesday, decided to take tough action to regularise the transport system in the state.

Speaking to reporters in Kolkata, Banerjee said she expects the bus owners to fall in line. “If they cannot, we will be left with no other option but to acquire the buses by imposing the Disaster Management Act,” she said, and added that the government has the power to take such an action. She, however, noted that this would be a hard decision to make.

Although she declared July 1, which is Doctor's Day, as state holiday as a mark of respect for doctors, nurses and others, who are working as frontline warriors in the battle against COVID-19, the CM said she will watch if the private buses hit the roads.

The chief minister also opposed the Centre’s decision to bring cooperative banks of the country under RBI. “This is the only thing that we have in our control. The Centre should not take away that control. Our government has decided to write to the NITI Aayog chief against the decision of the government,” said Banerjee.

She further said India needs to give a befitting reply to Chinese aggression. “I support the government stand. However, merely banning mobile apps would not bring desired results. I want hard action to be taken by the government of India. Diplomacy should continue alongside,” said Banerjee.

Reacting to Prime Minister Narendra Modi's speech in which he said free ration will be provided to the poor till November, the chief minister said the decision would have no effect in the state as only sixty per cent of the people out of the nine crore get the relief. She said her government will give free ration to the poor till June next year. “I don’t know why others should not get the relief,” she said.