BJP talking to TMC MLAs to desert Mamata; Shah to get poll office 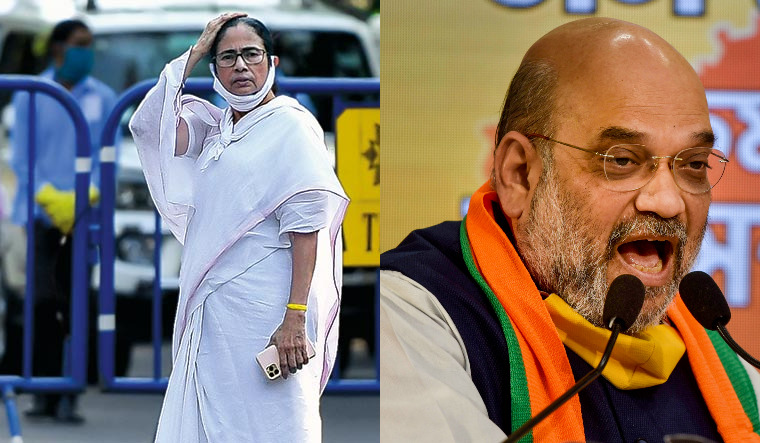 The West Bengal BJP unit is eyeing many Trinamool Congress leaders to switch sides. Talks are being held at different levels by senior leaders of the party, with involvement of even central leaders.

The buzz in the political circles in Kolkata is that the list of possible ‘defectors’ includes Trinamool Congress strongman Suvendu Adhikary, presently the transport minister of the Mamata Banerjee government. Though Adhikary’s family has refuted the charge many times, his perceived inactivity—when the transport system in Kolkata is on the brink of collapse after opening up following the lockdown—was noticeable. Adhikary has been missing in action even as bus owners refused to ply buses on the streets maintaining social distance. The bus owners had demanded a steep hike in the bus fares, which Mamata Banerjee had refused to accept.

When asked about the outreach to Trinamool leaders, Bengal BJP president Dilip Ghosh said he has no idea about Adhikary but added talks are going on with many TMC leaders.

There have been a number of TMC leaders in the past that joined the BJP and received plum posts in the party. The BJP is now talking to a good number of MLAs to pave way for their coming to the saffron party.

With about 10 months to go for the Assembly election, why is the BJP out to break the Trinamool Congress? Ghosh said it was not BJP luring politicians, but the TMC leaders who are eager to join the saffron party.

“They are perturbed over the disrespect meted out to them by the party. We have a close watch on them. We will take clean leaders only. Not all will find easy going in the BJP,” said Ghosh.

Sources in the BJP said that Mukul Roy has been given charge to oversee the political ‘coup’. Roy is all set to get an office in New Town or Salt Lake in Kolkata. A state-of-the-art office for former BJP national president and Union Home Minister Amit Shah is being set up in New Town as well, as Shah would spend a good deal of time in West Bengal in the run-up to the Assembly election, for campaigning.

“Roy has been given the total charge of the TMC leaders coming to BJP. Many leaders have put some conditions even. All are being monitored by the central leadership,” said a party source.

What is surprising is that BJP is eyeing a couple of ministers of the ruling party.

A party in-charge of West Bengal said, “They are helpless as they are insulted by the TMC core group who commands. They themselves established a bridge with us. We have got nothing to do with it.”