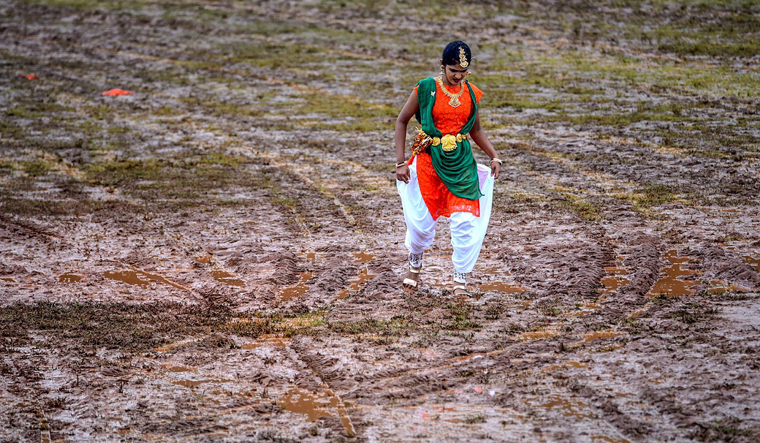 The southwest monsoon covered the whole of India on Friday, 12 days ahead of its schedule. July 8 is the normal date for the monsoon to cover the whole country. The early coverage of the monsoon over India is something to cheer about as June is the main sowing season for major parts of the country, with the exception of certain areas in western Rajasthan. Hence, the early rains will not have any adverse impact. In fact, the early distribution of rain has spared the country of drought, a major problem last year, as vast swathes of the country were parched.

The early spread is not an anomaly. In 2013, the monsoon had covered the entire nation by June 16 itself. "The formation of a low pressure area over the Bay of Bengal, which moved west-northwestwards and another cyclonic circulation over central India basically helped in the advance of the monsoon," said director general of meteorology, Mrutyunjay Mohapatra. The monsoon had arrived on the Kerala coast on June 1, dot on time. "The rain so far has been quite good and well distributed with 31 out of 36 meteorological subdivisions getting normal to large excess rainfall during June. Certainly, it is beneficial for sowing," he said.

The monsoon is a dynamic phenomenon influenced by a slew of geographical factors, both global and local. As such, within the monsoon season, there are variations every year in terms of spread, breaks, the number of heavy rain days and even the progress and withdrawal. These variations, however, all fit within a larger normal. The national capital welcomed the monsoon on June 25, two days ahead of it scheduled date of June 27.

The monsoon trough at mean sea level now runs from Punjab to east Bihar across Haryana and Uttar Pradesh. Due to the shift of trough northwards and convergence of strong southerly/south westerly winds from the Bay of Bengal over northeast and adjoining east India, the Met office forecasts a good drenching for almost the entire landmass over the next three days.

Bihar, which had over a hundred casualties on Thursday due to lightning, is set for thunderstorms accompanied with lightning over the next five days. East Uttar Pradesh and Jharkhand, too, have been issued thunderstorm and lightning warnings.