Stone should be responded with stone, says Dilip Ghosh 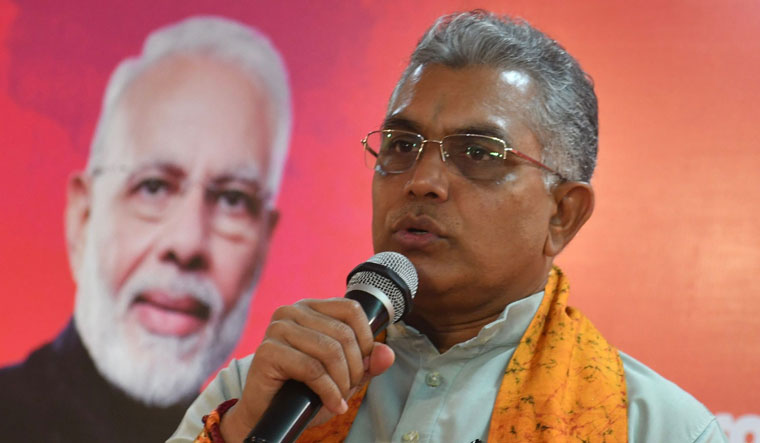 West Bengal BJP president Dilip Ghosh on Tuesday lashed out at the Trinamool Congress and threatened retaliation if the ruling party did not stop “violence” against his party men.

Ghosh said his party would follow ahimsha, but not when it is faced with bricks, stones or clashes over political dominion.

“We know how to dominate politically even when we face threats. Shyama Prasad Mookerjee’s theory has taught us that,” said Ghosh.

Ghosh’s outburst has brought intense criticism not only from the Trinamool Congress, but from the Left and the Congress, too.

“How could he utter such words? This is not the true respect given to Shyama Prasad Mookerjee,” said Somen Mitra, Congress president in West Bengal.

Ghosh is known for his public outburst which often breaches political ethics.

“How could he utter such words at this moment? Let us not think about it. We are now busy tackling COVID,” said Partha Chatterjee, state minister and secretary general of the TMC.

Ghosh stressed that the BJP still finds it tough to go deep into West Bengal as the ruling party, with the help of police and administration, was attacking his party men.

Even during COVID-19 pandemic, he said, half a dozen BJP workers were killed.

“We would respond in the language they understand,” said he.

Meanwhile, the BJP has removed the face of Amit Shah from the party banners and instead added the face of party president J.P. Nadda. Party sources said the move was to give more visibility to the new BJP chief.

Party sources, however, added, “We always give faces of party founders, prime minister and party president. No need to read between the lines.”

One leader said Shah would be the face of the BJP in West Bengal election.