The industries have adopted new guidelines to control the virus spread 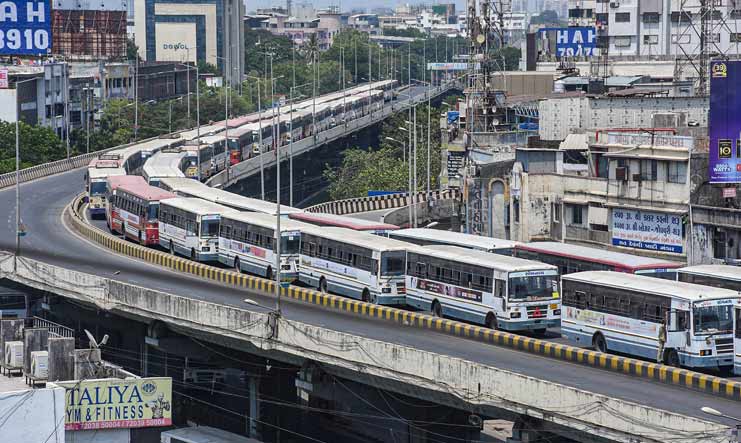 Even as living with COVID-19 is becoming the new normal, diamond industries in Surat have adopted new guidelines to minimize the spread of the deadly virus.

More than 150 diamond workers have tested positive for the virus in the last few days. Surat, the diamond capital of India, has seen a spurt in number of cases ever since the diamond and textile industries opened in ‘Unlock 1’.

Surat Municipal Commissioner Banchhanidhi Pani told THE WEEK that the SMC and the Surat Diamond Association will monitor if the rules are followed.

It has been decided that a section should be closed for eight days if a positive cases is detected. An entire unit will be closed if two-three cases are reported.

More than 25 units have been already closed down as a precautionary measure.

Dinesh Navadia, chairman of Gujarat unit of Gem Jewelry Export Promotion Council, said it has been decided that the canteen and facility of food will be closed in the units. Importantly, the diamond industries are now functioning at 50 per cent capacity and if the strength of employees is much more, then the work will be carried out in two shifts.

In a bid to enable air circulation, it was decided that air conditioners will be allowed for six hours and thereafter, doors and windows will have to be opened for one hour.

Owners of the industries have been asked to tell workers with comorbid conditions to not to report for duty. The diamond industry will also have to spare initial 15 to 20 minutes of the day for yoga and meditation.