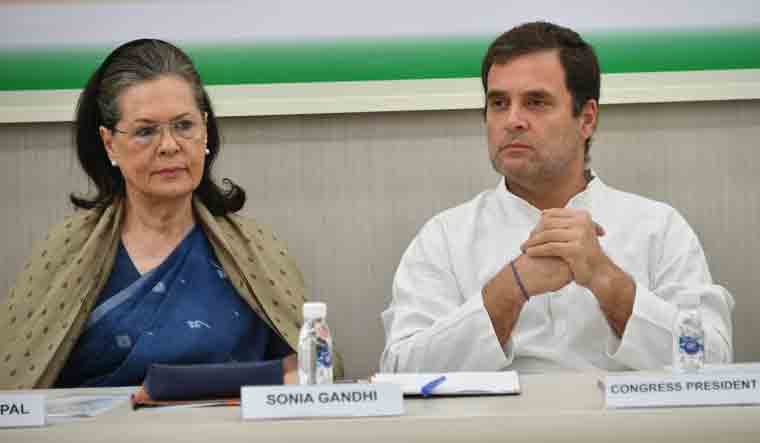 The Congress Working Committee, on Tuesday, sought to launch a three-pronged attack on the Narendra Modi government. The party accused the Centre of resorting to “denials, disinformation and diversions” on the clash with China on the Line of Actual Control, “profiteering” by raising prices of petrol and diesel, and abandoning its responsibilities with regard to the fight against COVID-19 by passing the buck to the states.

“For China to make audacious claims over our territory, including the Galwan Valley, by resorting to unilateral and unprovoked acts of transgression and incursion, simply cannot be tolerated or accepted. The Central government is duty bound to protect every inch of our territory and repulse every intrusion firmly and decisively,” the CWC said in a statement.

The committee said while the Congress had raised the issue of Chinese incursions since May, the only replies by the government and its allies were in the form of denials, disinformation and diversions. “The facts emerging now are in direct contrast to the narrative that the government is seeking to propagate to the people,” it said, adding that the contradictions within the government stand exposed.

The party said the official statements made by the defence minister, the external affairs minister and the ministry of external affairs on Chinese intrusions were contradicted by Prime Minister Narendra Modi when he declared that “No one has intruded into Indian territory”.

“The prime minister’s statement of denying any Chinese intrusion has had far reaching implications. The prime minister cannot allow his words to be used by the Chinese as a vindication of their position,” the CWC said.

This was the third meeting of the CWC held amidst the COVID-19 outbreak. Besides the situation at the LAC, the Congress' highest decision making body took up for discussion the increase in fuel prices and the handling of the pandemic by the Centre.

“The CWC expresses its shock and concern over the repeated and unjust increases in petrol and diesel prices as also excise duty over the last three months of the lockdown. These extortionate increases have been inflicted on the Indian people by the Central government at a time when they are facing unprecedented economic challenges as a result of the COVID-19 pandemic,” it said.

“The CWC notes that the Central government is profiteering by fleecing the people of India,” it further said, adding that the increase in petrol and diesel prices reflected the “sheer insensitivity” and “callousness” of the Centre.

With regard to the COVID-19 situation, the CWC said it was deeply concerned that the infection curve was rising exponentially instead of flattening. “The capacity of our hospitals in major cities is being severely tested, our health workers are stressed and overburdened, and the Union government seems to have abandoned its responsibilities and passed the buck to the states, without offering adequate support,” it said.

The party asked the Centre to provide immediate relief to those paying exorbitant prices for COVID-19 treatment in private hospitals by capping the prices and ensure price control and easy availability of the drugs approved as lines of treatment for the viral infection. The CWC also noted that insurance companies are not coming forward to support or cover the COVID-19 treatment. The government and the insurance regulator must take all steps necessary to control the situation and impose heavy penalties on defaulting insurance companies, the committee said.

The Congress is planning to launch a nationwide agitation on these issues, especially focusing on the increase in prices of petrol and diesel.

Meanwhile, there was a buzz that suggestions were made at the CWC meeting that Rahul Gandhi should take over as party president. AICC Communications Department head Randeep Surjewala, however, denied that the topic came up for discussion. “This is the sentiment of every worker and leader. However, there was no discussion on it today. I am confident that Rahul Gandhi and the Congress party will consider it at the right time,” he said.