2 days ago, an FIR was filed against Digvijaya for circulating edited clip of Shivraj 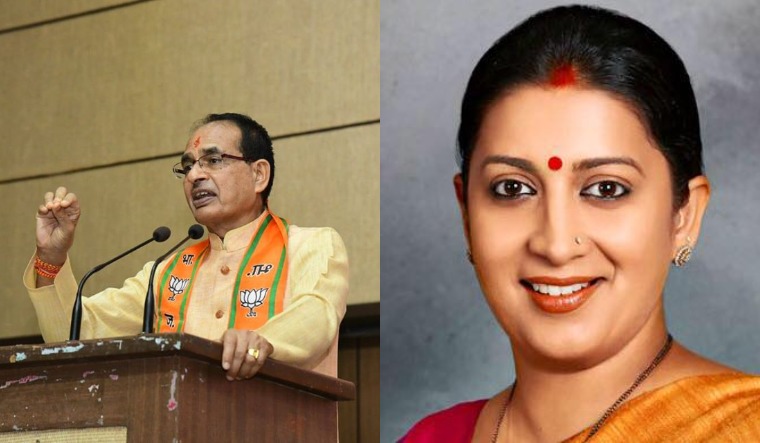 The senior Congress leader and a large number of partymen went to the office of Crime Branch of Police in Bhopal on Wednesday morning and submitted a complaint in this connection.

In his complaint, Digvijaya said that Chouhan had tweeted Rahul Gandhi's "fake" video, which Irani had re-tweeted.

On Monday, the police had registered an FIR against Digvijaya Singh and 11 others for allegedly circulating an "edited" clip of Chouhan's old statement (given on January 12 this year) on the liquor policy of the previous Kamal Nath government.

"Shivraj Singh Chouhan also committed the same crime for which an FIR was filed against me. If an FIR can be filed against me, the MP CM should also be booked. We demand that the MP Police register an FIR against him just as they did against me," Digvijaya told reporters outside the crime branch office.

"I had written a letter to Chouhan that tribals in his constituency Budhni were duped of Rs 450 crore. I wrote to him that if no action is taken in this case, I will be forced to sit on a dharna outside the CM's residence. After this, an FIR was filed against me," he said.

Digvijaya Singh also accused the state government of harassing his party workers, who were booked along with him.

"The Congress workers are being harassed by the police. The police should first investigate the source of the video and who edited it and then take action," he added.

In the letter submitted to the crime branch, Singh alleged that Chouhan had tweeted a fake video of Rahul Gandhi on May 16, 2019, "to malign his image" in the public. The Congress leader also submitted links of some prominent news portals along with this complaint.

As per the complaint, Chouhan's tweet read: "What is this? Rahul ji, you have changed Madhya Pradesh's Chief Minister for not waiving off loans of farmers on time, at least in speech. Only a great person like you can do such things in a jiffy". Chouhan had also shared a video of Rahul Gandhi with the tweet.

According to the news report attached with the complaint, Chouhan's reaction was to the 13-second video of Rahul Gandhi in which the latter purportedly says, "Chief Minister of Madhya Pradesh Bhupesh Baghel ji, Chhattisgarh's Chief Minister Hukum Singh Karada ji".

The speech was reportedly given by Rahul Gandhi at a poll rally in MP's Neemuch on May 14, 2019.

The Congress leader demanded that a case against Chouhan, Irani and their associates be filed under IPC sections 420 (cheating), 465 (forgery), 469 (forgery to harm the reputation) 500 (defamation), 501 (printing or engraving matter known to be defamatory), 505 (2) (public mischief) and 120-B (criminal conspiracy) and relevant sections of IT Act.

Meanwhile, Additional Superintendent of Police (ASP), Crime branch, Nischal Jharia, told PTI that a letter has been received in this regard and "suitable action would be taken after investigation into the matter".

Reacting to the development, state Home Minister Dr Narottam Mishra said, "It would have been better had he (Digvijaya) filed the complaint against the cheating with the farmers in Rs 2-lakh farm loan waiver, in providing unemployment allowance, giving Scooty and laptops to girls. He will vanish after the Rajya Sabha polls."

Farm loan waiver, giving unemployment allowance, giving scooty and laptops were the poll promises given by the Congress ahead of the last state Assembly polls held in November 2018.

On Monday, Digvijaya Singh, MP Congress' social media coordinator Avinash Kadbe and 10 others were booked under IPC sections 500 (defamation), 501 (printing or engraving matter known to be defamatory), 505 (2) (public mischief) and 465 (forgery) on a complaint lodged by BJP leaders.