Coronavirus is under control in the state: Himachal Pradesh CM Jairam Thakur

"We confident of handling the crisis, and there is no need for any panic," he said 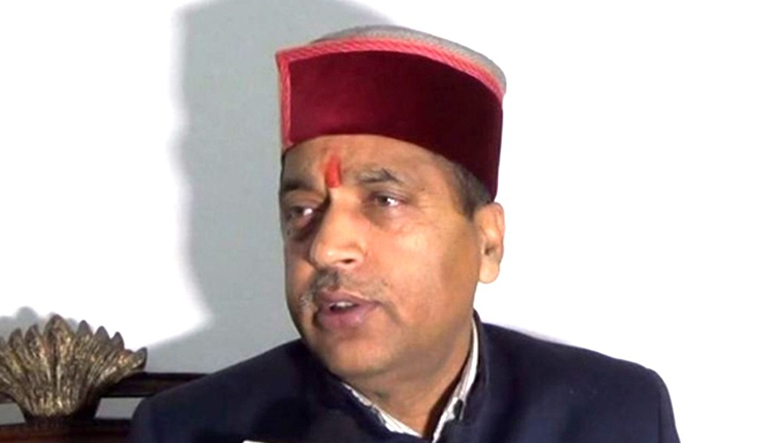 Himachal Pradesh is one of the few states with low COVID-19 cases. As on June 13, the total number of cases in the state was 482, of which 178 were active. Seven people have died due to the virus in the state.

In an exclusive interaction with THE WEEK, Himachal Pradesh Chief Minister Jairam Thakur said things are under control in the state, and normalcy will set in gradually. "We are managing the situation very well. Right from the beginning, only a few cases were reported in our state. It was largely because the government and the people in the state were vigilant. With the arrival of people from other states, cases have naturally increased. But there is no cause for concern. Institutionalised quarantine centres have been opened for people coming from certain places of the country. Rest of the people are placed in home quarantine. If the need arises, for some days, we can restrict entry into the state. Now we have to move on. My government is confident of handling the crisis, and there is no need for any panic. Things are very much under control."

Thakur said many people are being tested for COVID-19 on arrival in the state. "These are random tests. Also, we have separate coronavirus-care centres for asymptomatic, severe symptomatic and mild symptomatic persons, with enough beds and equipment. We are prepared for any eventuality," said Thakur.

On June 16, Prime Minister Narendra Modi will interact with Thakur and his counterparts in 20 states and Union Territories that are comparatively less affected by COVID-19. Apart from Thakur, chief ministers of Assam, Kerala, Uttarakhand, Jharkhand, Chhattisgarh, Tripura, Goa, and northeastern states will speak and share their views on Unlock-I with the prime minister. On June 17, the prime minister will interact with chief ministers of states that are severely affected, like Maharashtra, Tamil Nadu, Delhi and Karnataka. Said Thakur, "We will follow all the instructions that we get from the Centre. We are fighting the battle together."

Recently, controversy had erupted in the state after the Congress criticised the government for allowing some BJP leaders, who had arrived from Delhi, to attend a meeting in Shimla without undergoing the mandatory 14 days quarantine. These leaders, the Congress allege, met many BJP activists at a hotel in the state.

"All precautions were taken while they had come. All these allegations are wrong. There was no meeting in any hotel," said Thakur.

Congress leader from Himachal Pradesh and MLA from Naduan, Sukhvinder Singh Sukhu, said the credit for the low number of COVID-19 cases in the state goes to the people of the state, and not the government. Said Sukhu to THE WEEK, “Himachal Pradesh has self-disciplined people. The general education level in the state is also high. So, people are aware of consequences and generally take all precautions. The state government has not done anything extraordinary. I give the credit of containing the virus to the people of Himachal Pradesh. They are the true heroes in this battle."

"Now, we cannot afford to show any laxity in the fight against this deadly virus. Himachal Pradesh is surrounded by Jammu and Kashmir and Punjab, where the cases are increasing. We also share a border with Tibet. ”

Sukhu, the former state president of the Congress, was one of the first few politicians in the country to donate a coronavirus-testing machine for the public. Taking money from his MLA development fund, Sukhu, in early April, had donated a Reverse Transcriptase-Polymerase Chain Reaction (RT-PCR) machine at the Dr Radhakrishnan Government Medical College in the state.