Gandhi’s statement is devoid of facts and is against national security, say veterans 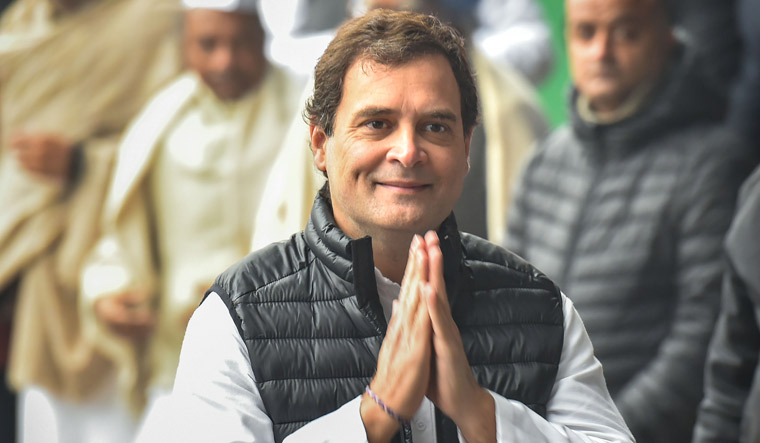 Senior Congress leader Rahul Gandhi’s comment that the Chinese have taken possession of Indian territory in Ladakh region has not gone down well with a section of armed forces veterans who have issued a strongly-worded statement, calling it a “petty politicisation”. The statement, jointly issued by 71 defence veterans, questioned the “motivation” behind Gandhi’s statement, and said the MP has no idea as to how the soldiers work in the region.

"At the outset, we wish to condemn such undesirable and deplorable tweets/comments by a person who has no idea as to how our soldiers work in the world's most difficult and unfriendly terrain," they said. The veterans urged Gandhi to not forget the 1962 war when the country was headed by his great grandfather.

“... We were not only caught totally unprepared but had to suffer very humiliating defeat at the hands of China, despite the fact that our soldiers fought valiantly and caused huge casualties to China,” they said.

Also read: 'This is not 1962': Ladakh becomes a 'BJP vs Congress' battleground

Earlier this week, Rahul Gandhi had tweeted that the Chinese have walked in and taken our territory in Ladakh. However, the veterans said his statement is devoid of facts and is against national security.

They also targeted Gandhi over his controversial meeting with Chinese officials during the Doklam face-off. “Everyone knows that Shri Gandhi was hobnobbing with Chinese diplomats when there was a standoff between India and China in 2017 in Doklam. No sane Indian is expected to make statements against his own country and military, which undoubtedly support the enemy countries," the veterans, including A.V.M. Sanjib Bordoloi, Air Cmde S.S. Saxena, Brig. Dinkar Adeeb among others, said.

The veterans also took a potshot at the Congress party, pointing out that the opposition party’s statements had been verbatim used and supported by the Pakistan government and military in the past. "Such twisting of issues of military importance for petty political gains is highly deplorable," they said.

"We, the veterans, who are party to this statement have been in the field and have participated in several operations/ actions and, therefore, we all feel insulted and humiliated by such low level politics resorted to by Shri Rahul Gandhi,” they further said in their statement.