Gandhi warns of protests if justice is not delivered to students 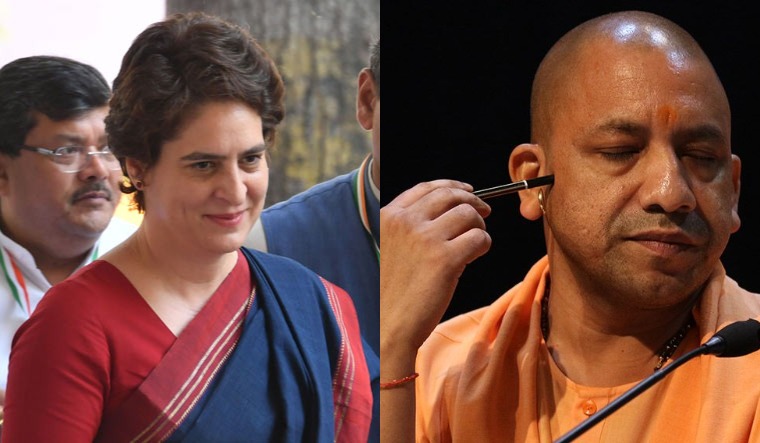 Congress general secretary Priyanka Gandhi Vadra on Monday launched a scathing attack on the Yogi Adityanath government in Uttar Pradesh, likening the controversy over the UP teacher recruitment to the infamous “Vyapam scam” in Madhya Pradesh. She alleged that the diaries recovered from the racketeers have shown the involvement of many high-profile people in the scam.

Gandhi’s remarks came days after the Allahabad High Court stayed the recruitment of 69,000 assistant basic teachers in the state, holding that there has been an error in the evaluation of question papers. The Lucknow bench of Justice Alok Mathur on June 3 had stayed the selection process, prima facie finding that certain questions and answers were ''ambiguous and wrong'' and, hence, it required fresh scrutiny by the UGC.

“The scam on recruitment of 69,000 teachers is UP’s Vyapam scam. The facts of anomalies in this matter are not normal. Involvement of racket, names of students in diaries, transaction of money, anomalies in examination centres points that its links are vast,” Gandhi said in a tweet. She also warned of an agitation against the government if justice is not delivered to the students.

"Injustice should not be meted to hard-working youth. If government cannot give justice, its reply will be given with agitation,” she said.

The recruitment examination was held on January 6, 2019 and the results were announced on May 12 this year.

Earlier, the Supreme Court on May 21 had asked the state government to explain the process adopted for the appointment through a chart, posting the matter for further hearing on July 6. It asked the Uttar Pradesh government to explain why it changed the earlier criteria of 45 per cent cut-off marks for the general category and 40 per cent for the reserved category. The UP government has challenged the high court order.

The Madhya Pradesh Professional Examination Board (PEB)—commonly known as Vyapam after its Hindi acronym—hit headlines across nation when a series of scams, mainly those related to pre-medical entrance tests and some state government job recruitment tests, hit it in 2013.

The deaths of at least 40 persons allegedly involved in these scams made the issue more sinister and Vyapam became synonym for corruption in the state. Though it did not hamper the political ride of the then BJP government in 2013 assembly elections, the issue kept reverberating during the 2018 elections and the Congress in its manifesto had promised serious actions in the cases.

The CBI continues to investigate some of the major cases related to the scam, though foul play in most of the deaths was ruled out. Most of the major accused of the scam including a former minister and some senior ex-officials and political leaders are also out on bail.