Abdullah travelled around 2,500 km amid lockdown 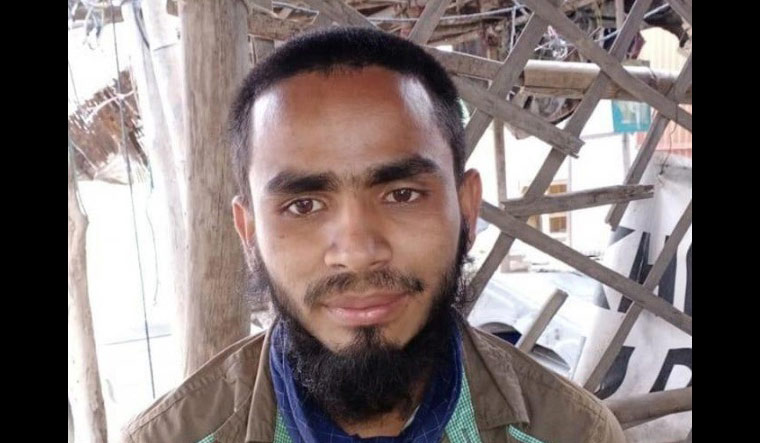 Inspired by Sunny Deol-starrer Gadar: Ek Prem Katha, a Bangladesh national infiltrated into India, travelled around 2,500 kilometers amid the COVID-19 lockdown and tried to crossover to Pakistan to meet his lover whom he had met on Facebook.

Twenty-six-year-old Abdullah, a native of Dhaka, was arrested by the Border Security Force while he was trying to cross the Indo-Pak border at Attari. Abdullah told police that his 'cousin', who lives in Karachi, had accepted his proposal online and that he was going to marry her.

He claimed to have taken the risk as he could not contact the girl in the last fifteen days and feared the family could marry her off to someone else.

According to him, their families knew each other  but they lost touch after 1971 when his family moved to newly-formed Bangladesh. Abdullah said he used to talk to her on social media and they fell in love. She even accepted his proposal during a video call.

However, for the last fifteen days they have not been able to speak and he was afraid of loosing her. He told police that he had decided to cross the borders, taking cue from a film.

According to BSF officials, Abdullah was found moving suspiciously around the border fencing and was detained. He had a mobile phone with a Bangladeshi SIM and some Indian currency. He told police that he had entered India through a rivulet in South Bengal and reached Kolkota.

He read news about repatriation of Pakistanis from Amritsar and decided to try his luck. He left for Amritsar, taking lifts and walking across the state amid the lockdown. He would sleep on streets and lived on donated food along the way.

On reaching Amritsar, he got to know that there was no scheduled repatriation and thus decided to cross the border in filmy style. He told police that he was planning to crawl under the fence or swim across any rivulet or at least to meet some agent to cross the border.

The Gharinda police booked him under the Foreigners Act and a communication has been made to the embassy concerned. Abdullah's family in Bangladesh is also being traced.