India will prosper when our farmers prosper, said Modi 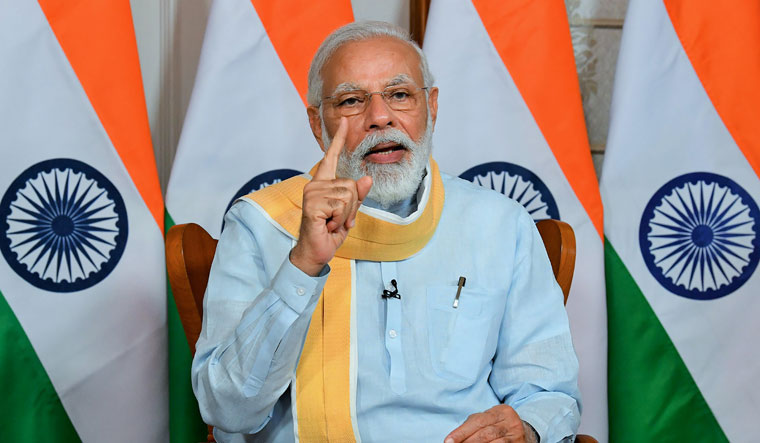 Prime Minister Narendra Modi on Monday hailed the decisions taken by the Union cabinet, saying they will bring about positive changes in the lives of farmers and labourers. He said the decisions will bring tremendous benefits to the farmers, street vendors and micro, small and medium enterprises.

The Union cabinet on Monday approved provisioning of Rs 20,000 crore as subordinate debt to provide equity support to stressed MSMEs and proposed equity infusion of Rs 50,000 crore for units through a fund as part of a roadmap to implement the package announced for the sector. The government also raised the MSP of paddy marginally by Rs 53 per quintal to Rs 1,868 per quintal for the 2020-21 crop year, while the rates for oil seeds, pulses and cereals were hiked substantially.

In another major move, the Centre launched a special micro-credit scheme to provide affordable loan of up to Rs 10,000 to street vendors, a move aimed at restarting their livelihoods affected due to coronavirus-triggered lockdown. The Union Housing and Urban Affairs Ministry said the 'Pradhan Mantri Street Vendor's Atma Nirbhar Nidhi' is likely to benefit 50 lakh street vendors in the urban and rural areas of the country.

"To give impetus to the campaign for a self-reliant India, we have not only changed the definition of MSMEs, but have also approved several proposals to revive it. This will benefit the small and medium scale industries, as well as create huge employment opportunities," Modi said in a series of tweets.

"For the first time, our street vendors are a part of a livelihood programme. This scheme will ensure support for street vendors. It harnesses technology and emphasises on capacity building," he said.

“India will prosper when our farmers prosper. Our Government has fulfilled its promise to our hardworking farmers, of fixing the MSP at a level of at least 1.5 times of the cost of production. Care has also been taken towards improving the financial situation of our farmers,” the prime minister said.

Monday's meeting was the first meeting of the Union cabinet after the Modi 2.0 government entered its second year in office.

The government completed one year in office on May 30. Union minister Prakash Javadekar said the meet was held on a Monday as it was the first working day after May 30. Cabinet usually meets on Wednesdays.