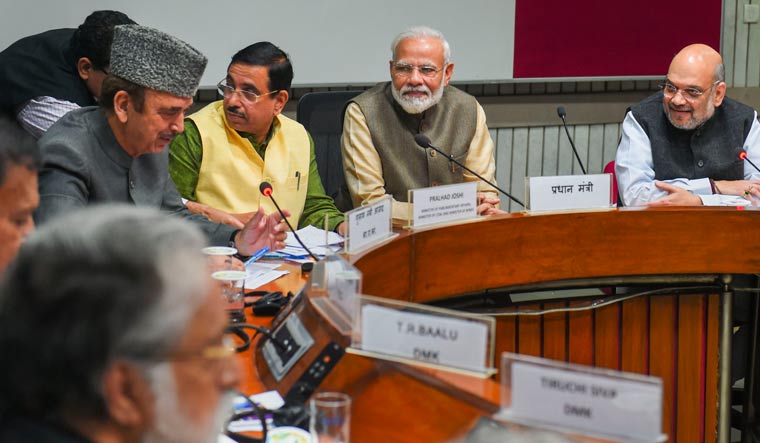 The Congress on Saturday made a strong critique of the Narendra Modi government's six years in office, saying the country has during this period seen a steady increase in the “politics of distraction and false noise.” While this has served the political interests of the BJP, it came at an unprecedented economic and social cost to the nation.

The principal opposition party said the country right now stood at the crossroads and the people were “exhausted by the weight of this government's sins, ineptitude and callous insensitivity to the widespread suffering.” The party also said that the six years of the Modi government had shown that even the most ordinary and mundane expectations of keeping a country running were beyond the capabilities of the current dispensation, which promised 'so much' and delivered 'so very little'.

“The first year of the second term of the Modi government has been a year of disappointment, disastrous management and diabolical pain,” said AICC General Secretary K.C. Venugopal. AICC Communications department head Randeep Surjewala said at the end of six years of Modi government, it appears that it is at war with its people and inflicting wounds on them instead of healing them. “It is inflicting wounds on Mother India... the government is trying to fill the coffers of the select rich and is inflicting pain on the poor,” Surjewala said.

Referring to the challenges posed by the COVID-19 pandemic, Venugopal said the Covid relief has been reduced to a 'jumla'. “The Rs 20-lakh crore COVID-19 relief package touted by the PM at 10 per cent of the GDP has turned to be a mere 0.83 per cent of the GDP in reality. This has come as, perhaps, the most insensitive and callous announcement for the nation that waited over 60 days for relief,” he said.

He said the opposition, unlike the government's claims, has not indulged in politics on COVID but has given suggestions. “Being a responsible opposition, it is our duty to raise the problems faced by the common people. As opposition, we highlighted the failures of the government,” he said.

The Congress also demanded a virtual session of Parliament be held immediately to discuss the situation arising out of the pandemic and also asked for meetings of parliamentary committees to be held.