CM tweets on importance of exam; NSUI says students being made sacrificial lambs 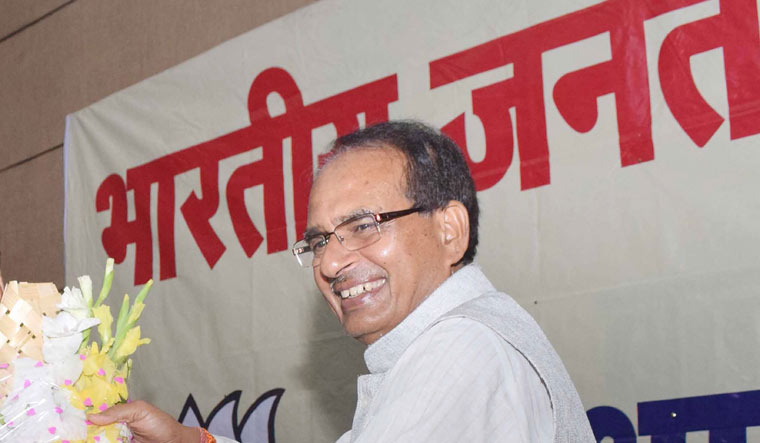 The decision of the Madhya Pradesh government to conduct pending Class XII board exams and exams of undergraduate technical courses under the Rajiv Gandhi Proudyogiki Vishwavidyalaya (RGPV) in June has met with stiff opposition from students as well as parents.

The state unit of the Congress-affiliated National Students Union of India (NSUI) has taken up the issue and has alleged that Chief Minister Shivraj Singh Chouhan was putting students’ life at risk just to give out the message of ‘all is well’ to Prime Minister Narendra Modi.

The NSUI is demanding deferment of the exams till COVID-19 situation, which, it has alleged, is worsening by the day, gets under control.

The NSUI has shot off a letter to the chief minister, urging him to reconsider the decision of holding the examinations, after CM Chouhan took to Twitter to defend the move and stress on the importance of education and examination. The chief minister, in a series of tweets, accused the Congress of trying to mislead the students and said general promotion, as demanded by section of students, will put the future of students in jeopardy and he cannot allow that to happen as he is most concerned about their future.

The tweets of the chief minister were met with flurry of angry reactions from students. Thereafter, the NSUI wrote a letter to the CM, debunking his assertions and highlighting the demands of students.

RGPV too has announced that the practical examinations for third, fifth and eighth semesters of all undergraduate technical courses like BE, B Tech, B Arch, B Pharma will be held online at college level between June 16 and 20. The time-tables for eighth (final) semesters of BE, B Arch and B Pharma has also been announced. These exams will commence from June 23. The RGPV has already uploaded exam applications forms on its website, to be filled up online by the students.

NSUI state spokesperson Vivek Tripathi, while speaking to THE WEEK, said the decision will pose grave risk to lives of the students as COVID-19 situation was only worsening in the state. “There is no logic to holding of exams at this point of time except that the BJP government in the state wants to pat its own back by holding exam and showing the Centre that situation was normalising in the state. Students are being used as sacrificial lambs for this purpose,” he said.

Tripathi further said holding technical courses examination now is illogical as most of the colleges have completed only half of the course and many outstation students have left for their home states because of the lockdown. Many have given up their rented accommodations and feel that unsanitised hostels and exam halls might pose great risk to them.

“Though after our demand, the vice chancellor of RGPV has said the exam will be optional now, and will be held again for those who couldn't attend them, the decision has created huge pressure on the students and parents. Colleges, especially private colleges, have already started pressuring students to clear their financial dues and fill up the forms, which is causing panic among them,” the spokesperson said.

Besides, there are issues like safety protocols at the exam centres, and the practicality of the decision to allow students from within the state to take exams at the nearest technical college, among others. “We are of the view that the final semester exams are very important and should be held at a later, suitable date and general promotion for students of other semesters could be considered. If not, these exams could also be held later, on safe dates,” Tripathi said.