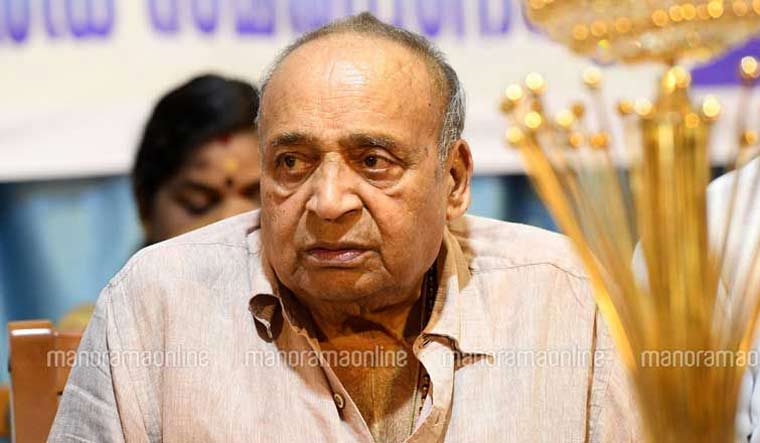 Former Union minister and managing director of Mathrubhumi M.P. Veerendra Kumar died at a private hospital in Kozhikode on Thursday night. He was 84.

According to reports, the veteran socialist leader was hospitalised at 8.30 pm after he suffered a cardiac arrest. The funeral will be held at Kalpetta in Wayanad on Friday.

He has served as the president of the Indian Newspaper Society and chairman of the Press Trust of India.

“He was a giant in the worlds of journalism, publishing & principled politics who leaves an unfillable void. OmShanti,” tweeted Congress MP Shashi Tharoor.

Born to socialist leader M.K. Padmaprabha Gowder and Marudevi Avva on July 22, 1936, Veerendra Kumar finished his school in Kozhikode and did his master's in philosophy from Ramakrishna Mission Vivekananda College in Chennai.

He is survived by wife Usha, children Asha, Nisha, Jayalakshmi and Shreyams Kumar.