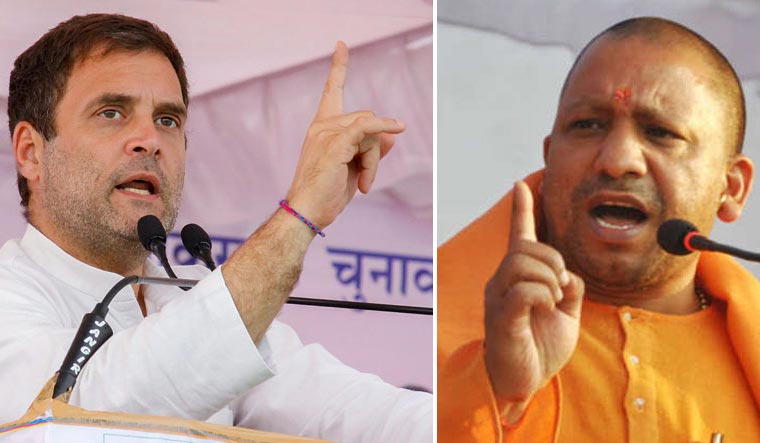 Reacting to Uttar Pradesh Chief Minister Yogi Adityanath's recent remark that state governments will have to get permission from his government for engaging workers from his state, Congress leader Rahul Gandhi said the former's comment is “absolutely absurd.”

The Congress leader, who interacted with the media via video conference, said the migrant workers are not the personal property of the UP chief minister. “I think it’s unfortunate. I think people are first Indian and then they belong to their states. The decision on whether somebody goes to work from Uttar Pradesh to the rest of the country is not the chief minister’s. It is of the people of India and the people of Uttar Pradesh," Rahul Gandhi said.

Claiming that migrant labourers were "not properly taken care of" by various states in the wake of the coronavirus lockdown, the UP chief minister had recently said, "These workers are our biggest resource and we will give them employment in Uttar Pradesh as state government is going to set up a panel for their employment....They are our people... and if some states want them back, they have to seek permission from the state government."

The Congress leader further said, "It is our job to support them to fulfill their dreams. It is not our job to say that you belong to me, you cannot go and work in Maharashtra. It's absolutely absurd position," according to NDTV.

Earlier, politicians from Maharashtra too lambasted the UP CM over his comments. While Maharashtra Navnirman Sena chief Raj Thackeray said workers from UP will have to take permission of Maharashtra government to work here, Shiv Sena leader Sanjay Raut had said Adityanath should not forget the fact that migrant workers came to Maharashtra in search of jobs.