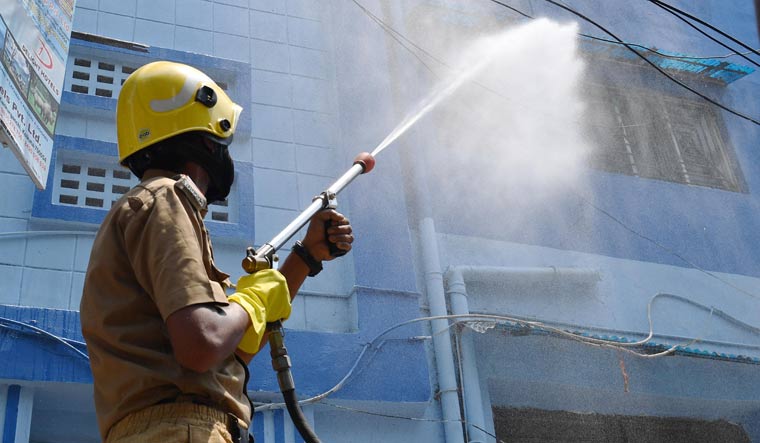 In an act of insensitivity, scores of migrant workers were sprayed with disinfectant during a sanitation drive in Delhi's Lajpat Nagar. The South Delhi Municipal Corporation (SDMC), however, clarified that it happened by “mistake”.

The incident happened when hundreds of migrant workers were waiting in queue for screening outside the Hemu Kalani Senior Secondary School before boarding a Shramik Special train to their home states.

After a video of the incident was circulated on social media, the SDMC officials said it happened by mistake and that its officials present at the spot had apologised to the labourers.

“Since the school is in a residential colony, there was huge demand from residents for disinfecting the compound and the road. But due to the pressure of the jetting machine, the worker could not manage it for some moments. The staff has already been instructed to be more careful and attentive while doing the job in future. The official present at the site apologised to public,” SDMC said in a statement.

In March, migrants who were returning to their homes in Uttar Pradesh were sprayed with disinfectant by a team on sanitizing duty at the Bareilly bus stand. According to reports, the migrants who had walked down from Noida and Delhi were told to sit at the bus stand while the sanitizing team sprayed the group with a diluted mixture of sodium hypochlorite.

The incident had sparked off an outrage, prompting the Union health ministry to issue an advisory against spraying disinfectant on people to contain the coronavirus spread.