The recovery rate has increased by over 140 per cent 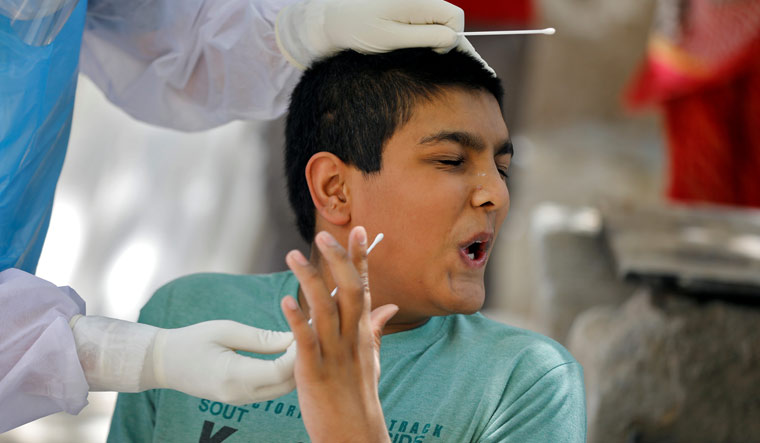 Even as the number of COVID-19 patients and deaths in Gujarat continue to climb up, Ahmedabad seems to offer a glimmer of hope as the city has shown an improvement in recovery rate.

Twenty-four hours ending at 5pm on Friday witnessed 29 deaths, taking the death toll due to COVID-19 in the state to 802. Of the 29 deaths, 26 were recorded in Ahmedabad. The period also witnessed 363 new cases. With this, the total number of people who have tested positive in the state has gone up to 13,273.

Principal secretary (health and family welfare) Jayanti Ravi said during this period, 392 persons were discharged, taking the total number of discharged patients to 5,880. She said the recovery rate of Gujarat is 44.3 per cent.

According to Jayanti, 63 patients are critical and on ventilator support.

In the past few days, the Gujarat government has been criticised for low testing rate. Senior Congress leader Ahmed Patel and Gujarat Chief Minister Vijay Rupani had been engaged in a war of words on social media over this.

Gupta attributed the increased recovery rate to the multi-pronged strategy adopted. He said the number of surveillance teams have been increased from 318 to 616, and added that due to increased surveillance, the cases are detected early and hence the recovery rate has gone higher.

He said the Ahmedabad Municipal Corporation has requisitioned 42 private hospitals and ordered them to provide 50 per cent beds for the treatment of COVID-19 patients. A total of 1,500 beds have been provided for COVID-19 patients so far, he added.

Recently, Dhanvantri Arogya Raths have been roped in to reach out to various parts of Ahmedabad and provide medical services and medicines.