In first, envoys present credentials to President Kovind via video-conferencing

Rashtrapati Bhavan usually holds a colourful function for the same 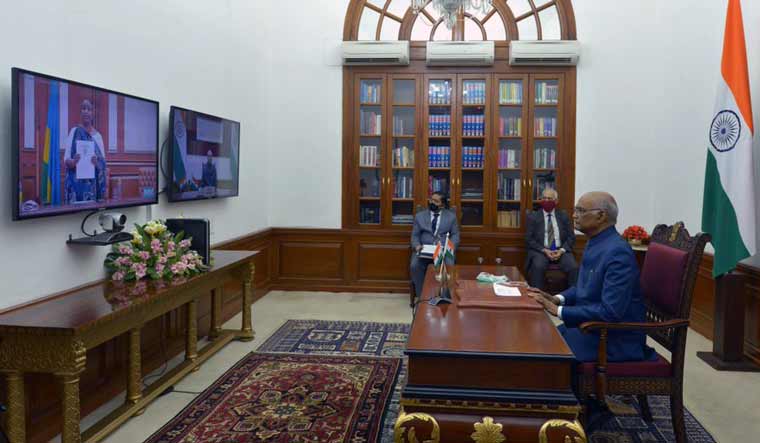 Sitting behind his desk, maskless, President Ram Nath Kovind made history on Thursday by accepting the credentials of seven envoys through video conferencing, the first time in Rashtrapati Bhavan's history that this was done digitally.

“The President remarked that digital technology has enabled the world to overcome the challenges posed by COVID 19 and carry out its function in an innovative manner,'' said a press release issued by the Rashtrapati Bhavan.

Usually one of the most colourful functions in the Rashtrapati Bhavan list of events, this is the first time that the forecourt of the grand building would have been deserted.

"I believe this crisis will bring Australia and India closer together as two Indian Ocean democracies with complementary values," the statement added.

The trend of presenting credentials digitally has been on the increase in the COVID-19 crisis.