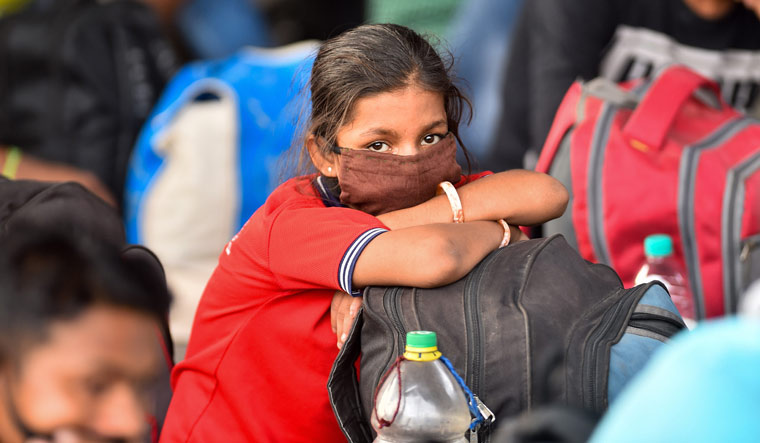 Twenty-eight migrant workers in Gurugram, hailing from West Bengal, have been duped of around Rs 2 lakh by a bus driver who promised to drop them at their native places.

The driver allegedly told the migrants that he drove a 'Shramik' bus and had all legal permits. However, they were shocked when the police stopped the bus and asked them to deboard on the wee hours of Thursday on Dwarka Expressway. They were told that the travel was illegal as the driver did not have the requisite permit to ferry people across the border.

Ironically, the driver was allowed to go while the migrants waited for him to return. It was only when a social activist approached them, they spoke about the fraud.

A case has been registered in Bajghera police station and investigation is on. According to police, the group comprised of mainly women who worked as maids and were out of work now. The complainant, Mahabul Haq, along with others, had paid Rs 5,000 each to the driver to take them back to West Bengal.

“He had called all of us to Dwarka Expressway to board the bus. We were asked to bring the money and told that he had all relevant permissions and will not be stopped by police. We started the the journey and within few minutes a PCR came and intercepted us. The police got all of us down around 3am but the driver was let off. We were told he had a movement pass. We were too scared and thought he would come back for us and now he is no longer contactable. We have been duped of our life's savings,” Haq told THE WEEK.

Following his complaint, local police booked five people, including the bus driver and the cleaner.

The migrants have been sent back to Gurugram and asked to register for 'Shramik' trains.

“We have registered the case and are investigating the matter. We suspect similar frauds by the accused against other vulnerable migrant victims. The raids are being conducted and the accused will be nabbed soon,” said Subhash Boken, official spokesperson of Gurugram Police.

It may be noted that similar incidents have been reported across Haryana.