Deadline has been set for 'One Nation, One Ration' card scheme 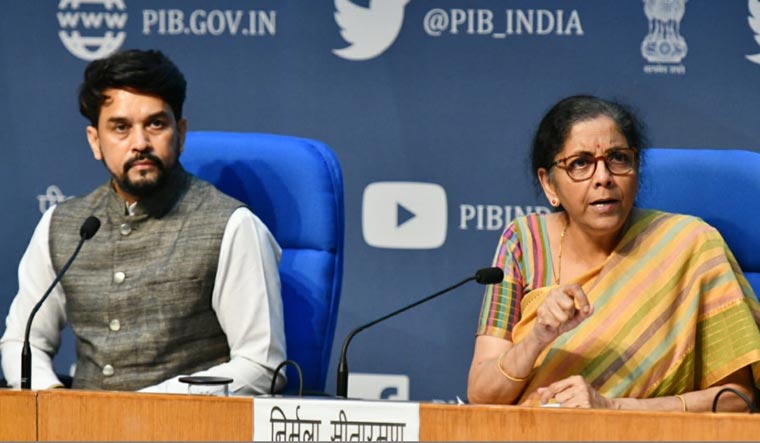 If the first tranche of the Rs 20 lakh crore financial package was to kick-start the economy by handholding the MSME sector, the second portion announced by Finance Minister Nirmala Sitharaman sought to address the immediate needs of the poor, especially millions of migrants who were forced to return home because of the lockdown.

The plight of migrants was a major concern for the government as it overshadowed everything else done to fight the pandemic. Despite repeated assurances by the government, the migrants were forced to make the homeward journey as hunger, lack of jobs, and gaps in the institutional support exacerbated matters.

The second tranche tried to fulfill a key missing link in the Pradhan Mantri Garib Kalyan Yojana—a package for poor announced on March 27. The earlier package had mandated free additional five kilograms of grains under the PDS system. But this meant that those migrants who did not have a PDS card, or held one at their native places, were out of the beneficiary list.

“Migrants who are neither National Food Security Act or State Card beneficiaries in the state they are stationed will be provided 5kg of grains per person and 1kg chana per family per month for two months,” Sitharaman said.

This measure will benefit about eight crore migrants, for which Rs 3,500 crore will be spent by the Central government for next two months. This would mean that the government acknowledged that eight crore migrants had gone without the institutional support since the start of the lockdown, though many of these migrants would have received food through community kitchens, ration provided to them by the state governments, NGOs and other Good Samaritans.

Another key intervention is that the government has finally set the deadline for implementation of the 'One Nation, One Ration' card scheme, which allows the portability of the ration card. Sitharaman said by August 2020, 67 crore PDS card holders will be eligible to get grains in any of the 23 states which will be part of it, and ensured 100 per cent portability by March, 2021. Experts had pointed out that had this portability been in place earlier, the migrant crisis would not have been so severe.

This portability will require technological support so that Aadhaar-seeded ration cards can be used by different family members in different places to get their quota of grains. This measure will help government manage any future humanitarian crisis or disaster better.

So, what are these migrants doing attheir native places? They are getting work under the MNREGA scheme. The finance minister revealed that work was offered to 2.33 crore wage seekers on Friday in 1.87 lakh gram panchayats. There has been 40-50 per cent more persons enrolled, as compared to May last year. “Drive is being undertaken to enrol returning migrants. States/UTs have been advised to provide work to migrant workers as per the provisions of the Act. Planning is being done for continuing MNREGA works in the monsoon as well,” Sitharaman said.

“Farmers and workers are the backbone of this nation. They serve all of us with their sweat and toil. Migrant workers need affordable and convenient rental housing in urban areas in addition to social security. There is also a need to create employment opportunities for the poor, including migrant and unorganised workers,” Sitharaman said during the press conference.

Another intervention is for the street vendors, who will be provided easy access to credit for enabling them to restart their businesses. Under this scheme, bank credit facility for initial working capital up to Rs 10,000 for each enterprises will be extended. It is expected that 50 lakh street vendors will be benefitted under this scheme and credit of Rs. 5,000 crore would flow to them.

Among other liquidity injecting measures through existing schemes were Credit Linked Subsidy Scheme for middle income group (annual income between Rs 6 and 18 lakh) to be extended up to March 2021. This will benefit 2.5 lakhs middle income families during 2020-21 and will lead to investment of over Rs 70,000 crore in housing sector. “This will create significant number of jobs by giving boost to housing sector and will stimulate demand for steel, cement, transport and other construction materials,” the minister said.

The government will grant immediate approval using the Compensatory Afforestation Fund Management and Planning Authority (CAMPA) funds amounting to Rs 6,000 crore for afforestation purposes. This will create job opportunities in urban, semi-urban and rural areas and also for tribals and adivasis.

The NABARD will extend additional re-finance support of Rs 30,000 crore for meeting crop loan requirement of rural cooperative banks. This is in addition Rs 90,000 crore that will be provided by NABARD to this sector in the normal course. Rs 2 lakh crore credit boost to 2.5 crore farmers will be given under Kisan Credit Card scheme.