The ball is in the governor's court 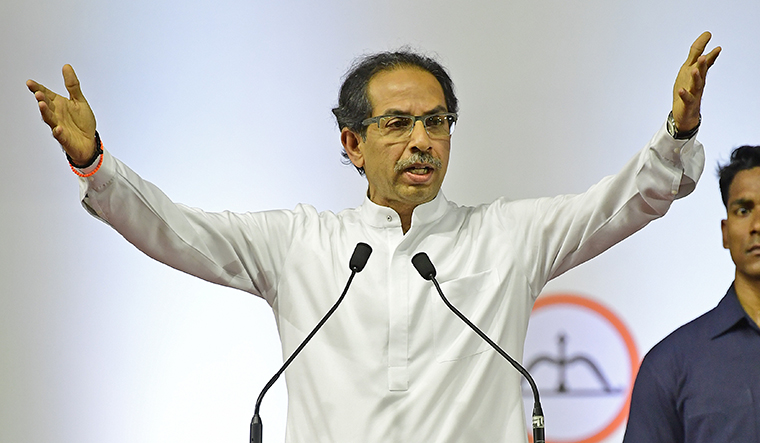 The telephone call came a day after leaders of the ruling Maha Vikas Aghadi (MVA)—including the Shiv Sena, the Congress and the NCP—met Governor Bhagat Singh Koshyari with a fresh cabinet recommendation to nominate CM Thackeray to the legislative council through the governor's quota. The first recommendation of the state cabinet had been made on April 9.

Why was such a recommendation made? If not nominated, in less than a month's time, a constitutional crisis could unseat Thackeray from the CM post.

What is the crisis all about?

Article 164 (4) of the Constitution states that any minister who "for any period of six consecutive months is not a member of the legislature of the state shall at the expiration of that period cease to be a minister". This means CM Uddhav Thackeray, who took charge as chief minister on November 28 last year, has to become a member of the legislature within a month to continue in the post. As of now, he is not a member of either the state assembly or the upper legislative council.

Before the coronavirus pandemic struck, Thackeray's plan was to get elected to the Maharashtra Legislative Council [the second house of the legislature where one third of the members are elected by the Assembly] by his MLAs in a March 26 election. However, the polls were postponed in the aftermath of COVID-19.

A second option is available. Governor Koshyari can nominate Uddhav to the legislative council. As per constitutional guidelines, Koshyari can nominate those "persons with special knowledge or practical experience in respect of such matters as the following, namely: literature, science, art, co-operative movement and social service”.  Currently, there are two vacancies, resulting from two NCP legislators jumping ship to the BJP, that Thackeray can be nominated to.

But, the governor has so far remained mum on the issue.

A different option, but with downsides

There is an alternative option. Thackeray could take a leaf out of Congress leader Tej Parkash Singh's book. In 1995, faced with a similar dilemma and his ministership at stake, Singh resigned at the end of his six month period and re-took oath immediately afterwards. In a similar way, Thackeray could resign at the end of the deadline, and rejoin, which could open up another six months for him.

However, a downside is that such an action could open up chances for legal pushback. Singh's actions in 1995 were nullified by the Supreme Court, who ruled the move "improper and invalid".

The court had then noted in its judgment: We are, therefore, of the considered opinion that it would be subverting the Constitution to permit an individual, who is not a member of the legislature, to be appointed a minister repeatedly for a term of "six consecutive months", without him getting himself elected in the meanwhile. The practice would be clearly derogatory to the constitutional scheme, improper, undemocratic and invalid. Article 164(4) is at best only in the nature of an exception to the normal rule of only members of the legislature being ministers, restricted to a short period of six consecutive months. This exception is essentially required to be used to meet very extraordinary situation and must be strictly construed and sparingly used.

The Maharashtra state cabinet had stepped up pressure on Governor Koshyari, asking him to nominate Thackeray to the legislative council. A cabinet meeting, chaired by Deputy Chief Minister Ajit Pawar, decided to recommend to Koshyari to nominate Thackeray to one of the two seats of governor nominees in the council. A similar request was made to the governor earlier this month at another cabinet meeting, also chaired by Pawar.

In a veiled attack on the BJP in view of the pending approval of Maharashtra governor to nominate Chief Minister Uddhav Thackeray as an MLC, Shiv Sena leader Sanjay Raut on Sunday said the "frustrated" opposition party should realise that the Sena-led dispensation would remain in power even after May 27 under Thackeray.

"For the last 60 years, political parties in the Centre have adopted the policy of weakening the states where their party is not in power. Late Prime Minister Indira Gandhi had dissolved governments in nine states where non-Congress parties were in power," Raut stated.

Raut said the constitutional post of governor has been misused for such work.