Attempts being made to create political instability in Maharashtra: Thackeray tells Modi 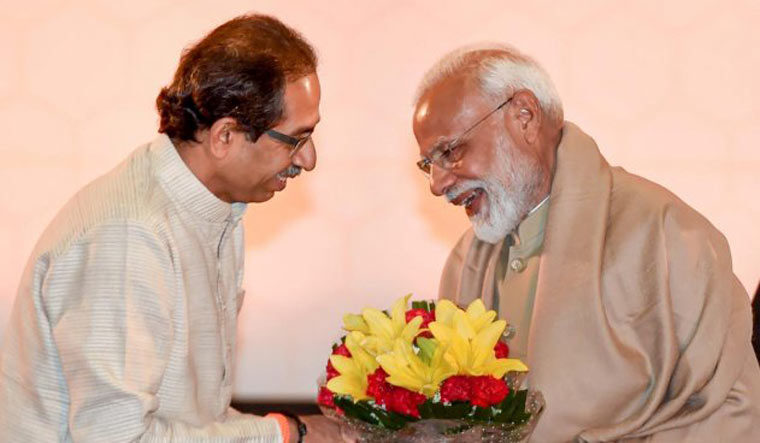 As the decision about his appointment to the legislature as governor's nominee hangs fire, Maharashtra Chief Minister Uddhav Thackeray on Wednesday requested Prime Minister Narendra Modi to intervene, sources claimed.

Thackeray spoke to Modi on phone and told him that attempts were being made to create political instability in the state, sources said.

"Political instability in a huge state like Maharashtra when it is facing the COVID-19 crisis is not right and Thackeray urged the PM to look into it," they said.

The telephone call came a day after leaders of the ruling Maha Vikas Aghadi (MVA) met Governor B.S. Koshyari with a fresh cabinet recommendation to nominate Thackeray to the Legislative Council through the governor's quota.

The first recommendation of the state cabinet had been made on April nine.

Thackeray, who is not a member of either house of the state legislature, was sworn in as chief minister on November 28, 2019.

He has to become a member by May 28 when he completes six months in office. Otherwise he will cease to the chief minister.

A delegation of MVA leaders led by deputy chief minister Ajit Pawar met the governor on Tuesday, and handed over the cabinet decision's copy to him.

A senior minister who was part of the delegation said that he requested the governor to take decision at the earliest.

The cabinet decision is valid as per law and accepting the cabinet recommendation was binding for the governor, he said.

To which the governor said he will let them know his decision within a week, the minister said.

Thackeray could not get elected to the Council through biennial polls as the elections were postponed due to coronavirus outbreak.