The journalist had attended a recent press conference by Kamal Nath 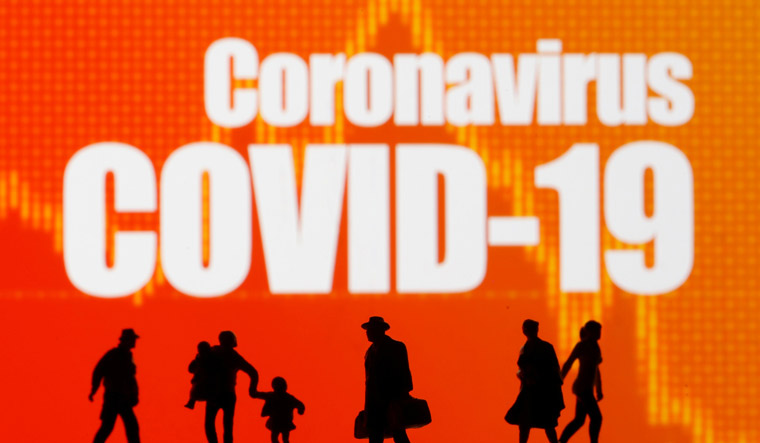 Panic has gripped a large section of journalists as well as Congress leaders who attended the press conference of former chief minister Kamal Nath on March 20, after one of the journalists who attended it tested positive for COVID-19 on Tuesday.

Kamal Nath had announced his resignation during the press conference, and there were over 150 journalists apart from Congress leaders, including former chief minister Digvijaya Singh present at the press brief.

The journalist's daughter, who returned from London on March 17, had tested positive earlier and the samples of all family members and close contacts had been taken. Of the ten samples taken, nine tested negative while one that of journalist tested positive, health officials said.

Bhopal chief medical and health officer Dr Sudhir Dehariya confirmed the report to THE WEEK. Dr Dehriya said the journalist has been admitted in isolation ward of All India Institute of Medical Sciences (AIIMS) and is stable and so is his daughter.

Dehariya said everyone who came in close contact with the journalist should home quarantine themselves for 14 days, and in case of any symptoms after 5-6 days (from March 20), should contact the COVID-19 control room in Bhopal for testing. The symptoms including cough and cold, fever and respiratory distress (shortness of breath). He said as per Indian Council of Medical Research (ICMR) guidelines, tests are to be done only in case symptoms appear.

He suggested that even people who were not in close contact with the person who tested positive keep themselves isolated as precaution. This includes Kamal Nath as well, he said.

Madhya Pradesh recorded its first coronavirus death as a 65-year-old woman who was undergoing treatment in Indore passed away on Wednesday. She was tested positive only on Wednesday.

Along with the positive case of Bhopal journalist and five new cases from Indore, the total number of COVID-19 positive cases in Madhya Pradesh has gone up to 15. Six of these cases are from Jabalpur, two from Bhopal and one each from Shivpuri and Gwalior districts.