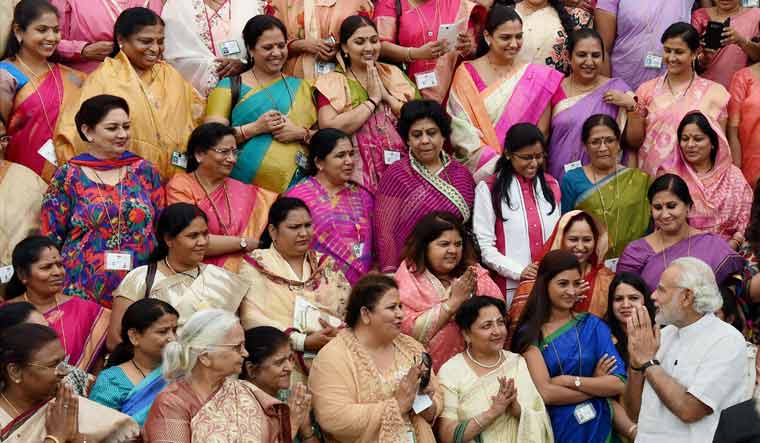 Social media users arguably went into meltdown shortly before 9pm on Monday (March 2) over a cryptic tweet by Prime Minister Narendra Modi. Modi had then tweeted, "This Sunday, thinking of giving up my social media accounts on Facebook, Twitter, Instagram & YouTube. Will keep you all posted."

By 10am on Tuesday, the tweet from Modi got over 44,000 retweets and more than 150,000 likes. And given that it came from a person with one of the largest number of followers across Twitter, Facebook and Instagram, the tweet generated a host of reactions.

If supporters of Modi in the rightwing ecosystem tweeted #NOSir and #Modiji to appeal to him to not leave social media, Congress MP Shashi Tharoor wondered whether the tweet was a "a prelude to banning these services throughout the country too".

Columnist Sudheendra Kulkarni, who once worked with BJP stalwarts Atal Bihari Vajpayee and Lal Krishna Advani, but has been a critic of Modi, even sounded an ominous warning. Alluding to Modi's tweet, Kulkarni wrote on Twitter, "A big assault on Indian people’s FREEDOM OF EXPRESSION and COMMUNICATION—and hence on DEMOCRACY—could be coming. Time to be vigilant."

Then some on Twitter speculated whether Modi was all set to announce a "switch" to a desi platform, much like China's Weibo, or whether he would shift all interaction to his own NaMo app.

However, the date that Modi has chosen, Sunday (March 8), may well contain a clue, or two, about his intentions. March 8 is celebrated as International Women's Day, an event Modi has always celebrated since his time as Gujarat chief minister.

One of my friends who is senior staffer of one of the SM @narendramodi wants to leave told me : it’s possibly a teaser. It could be women’s day gimmick. For a day his accounts on different platforms could be ‘taken over’ by selected women.
Btw, he was bit nervous.

Veteran journalist Sheela Bhatt, who has reported extensively on Modi since his days in Gujarat, appeared to be among the first to suggest a link between the tweet and International Women's Day. Bhatt tweeted that on March 8, the social media accounts of Modi could be "taken over by selected women".

Bhatt tweeted, "One of my friends who is senior staffer of one of the SM @narendramodi wants to leave told me : it’s possibly a teaser. It could be women’s day gimmick. For a day his accounts on different platforms could be ‘taken over’ by selected women. Btw, he was bit nervous.”

Journalist Swati Chaturvedi was another person who linked the tweet by Modi to International Women's Day. Chaturvedi, who has authored a book on the BJP's elaborate social media operations, tweeted, "So apparently some select women take over @narendramodi accounts on Sunday for women’s day".

So apparently some select women take over @narendramodi accounts on Sunday for women’s day.

In addition to making mention of Women's Day in his addresses, Modi has also made it a point to appear at public events in connection with the celebration. In 2017, Modi addressed women sarpanches in Gandhinagar.

Interestingly on March 1, the Modi government started a week-long campaign to celebrate International Women's Day with the aim of "honouring and celebrating contribution of women in all fields of life with 7 themes over 7 days”.

The themes are "urban women, rural women and agriculture, special circumstances, participation in sports, skills and entrepreneurship, health and nutrition and education".