One year since Balakot: Lessons learnt from the Budgam Mi-17 crash 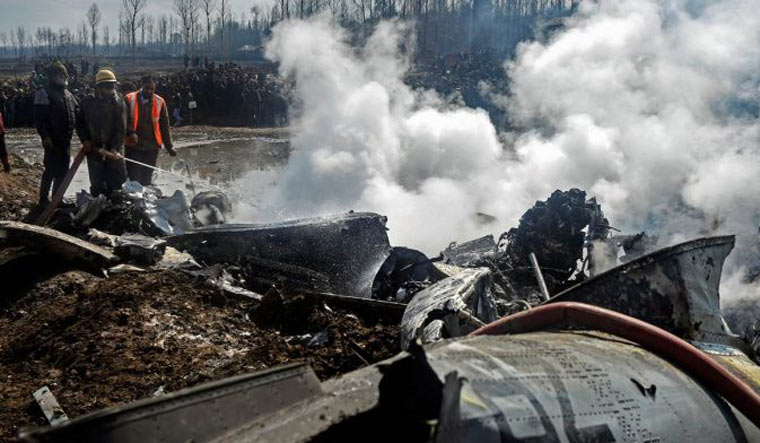 A day after the Indian Air Force’s Balakot air strike on February 27, as IAF fighters engaged in a dogfight with at least two dozen Pakistan Air Force fighters in the Nowshera sector along the Line of Control, a Mi-17 V-5 chopper belonging to the 154 Helicopter Unit crashed within ten minutes of taking off from Srinagar.

Six air force personnel on board were killed in the crash along with a civilian. A Court of Inquiry (COI), conducted for nearly eight months, concluded that chopper was hit by the air force’s own Spyder air defence missile over Budgam. The COI confirmed that the crash was the result of 'friendly fire', what is also called 'blue on blue' in military parlance.

Calling it a rarest of rare incident in the history of Indian Air Force, Air Headquarters is taking measures to ensure such accident should not happen again.

A year after the accident, IAF headquarters is making sure that the laid down Standard Operating Procedures (SOP) are stringently followed, adopting a zero-tolerance approach to violations of such procedures.

"During course of COI, we have learnt that two important laid down procedures were not followed. First, Identification Friend or Foe (IFF) system was found to be switched off. And second, chopper was not directed to safe zone by the traffic controller. After the accident, all units and bases were send strict guidelines to adhere to the laid down procedures,"said an officer, based in Air Headquarters in Delhi.

The officer added, "In case of deviation of SoP, strict disciplinary action will be taken against the involved officer." IFF is installed in all military aircraft, which is a transponder-based identification device that communicates with radars to establish whether an aircraft is friendly or from the enemy. During a combat situation, air traffic controllers give a path to all aircraft and helicopters to fly in a green corridor.

IAF is also working out the integration issue that cropped up during the accident. "It is also being looked into [whether the] missile could have avoided hitting its own machine if both platforms were compatible to each other," the official added. The Mi-17 was a Russian chopper while the Spyder air defence missile was from Israel.

Both the chief operations officer and senior air traffic control officer at the Srinagar base were found guilty by the COI, with both of them facing court martial proceedings.