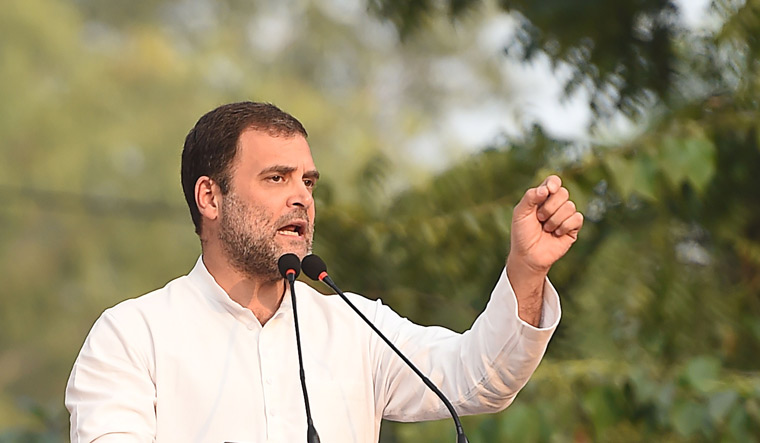 A political row erupted in the aftermath of the late night transfer of Delhi High Court Justice S. Muralidhar, who is currently hearing cases related to violence in Delhi over the Citizenship Amendment Act (CAA) that resulted in over 27 casualties. He was transferred to the Punjab and Haryana High Court in a notification issued on Wednesday night by the Centre.

"Remembering the brave Judge Loya, who wasn’t transferred," tweeted Rahul Gandhi. Loya, who was hearing the high-profile Sohrabuddin Sheikh fake encounter case of Gujarat, had died of cardiac arrest in Nagpur on December 1, 2014, when he had gone to attend the wedding of a colleague's daughter. Some reports had claimed foul play in his death.

"The midnight transfer of Justice Muralidhar isn’t shocking given the current dispensation, but it is certianly sad and shameful. Millions of Indians have faith in a resilient and upright judiciary, the government’s attempts to muzzle justice and break their faith are deplorable," Priyanka Gandhi Vadra tweeted.

"In exercise of the power conferred by Clause (1) of Article 222 of the Constitution of India, the president, after consulation with the Chief Justice of India, is pleased to transfer Shri Justice S Muralidhar, Judge of the Delhi High Court, as a Judge of the Punjab and Haryana High Court and to direct him to assume charge of his office in the Punjab and Haryana High Court." The recommendation for transfer by the SC collegium had arrived two weeks prior to this.

The judge had come down hard on the Delhi police while hearing pleas on the violence. The High Court bench had asked the police to ensure that the city does not witness another 1984 anti-Sikh riots like situation. "We want peace to prevail. We do not want the city to witness another 1984 riots. This city has seen enough violence and anguish. Let it not repeat 1984," the bench headed by Muralidhar.

The bench also asked the police why it has not lodged an FIR in connection with the alleged hate speeches by three BJP leaders—Anurag Thakur, Parvesh Verma and Kapil Mishra—when it has registered 11 FIRs regarding incidents of arson, loot, and stone pelting. "Why are you not showing alacrity when it comes to registration of FIR in these cases," the bench asked. The court said it would not allow another 1984 riots like situation under its watch and neither should the police and added that they have to be very alert.

The court heard two pleas—one seeking safe passage to government hospitals and emergency treatment for those injured in the communal violence which erupted in northeast Delhi over the amended citizenship law and the other for lodging of FIRs and arresting those involved in the violence in which around 200 person have also been injured. The court asked the Special Commissioner of Delhi Police, who was present in the hearing, to forthwith convey its "anguish" to the commissioner and observed that the city has seen enough violence.