Shah will address a BJP rally in Kolkata on March 1 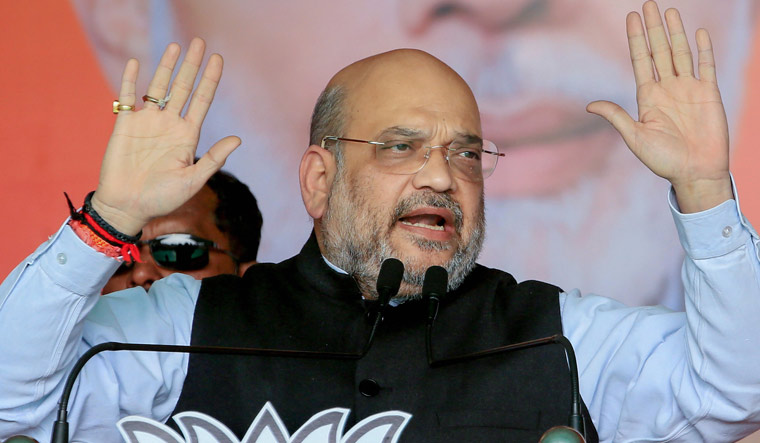 Union Home Minister Amit Shah will address a BJP rally in Kolkata on March 1 with Kolkata Police Tuesday saying it has granted permission for the event, days after the West Bengal unit of the party alleged delaying tactics by authorities.

"Permission has been granted for BJP's rally scheduled on March 1," a senior police officer said.

The BJP had submitted a letter to the Kolkata Police on February 20 seeking permission for the rally, party sources said.

The party had earlier alleged that there was "dilly-dally" by police over granting permission for the rally.

"We have got the permission on Monday. Now things will move as per schedule. It will be a mega event," BJP state general secretary Rathindra Bose said.

Shah is scheduled to address the rally at Shaheed Minar Ground where state BJP leaders will felicitate him for the passage of the Citizenship Amendment Act (CAA) in Parliament, party sources said.

This will be Shah's second visit to West Bengal after assuming the office of the Union home minister. He had addressed a seminar on the Citizenship (Amendment) Bill, 2019 at Netaji Indoor Stadium on October 1 last year.

Reacting to the development, senior TMC leader and West Bengal Minister of State for Parliamentary Affairs, Tapas Ray, said the BJP was "deliberately trying to make an issue out of a non-issue".

"They had applied (for the permission) on Thursday and expected that it would be given by Friday morning. This is absurd," he said.

Senior CPI(M) leader Sujan Chakraborty claimed that had the Left parties applied for any programme, permission would not have been granted.

"Had we applied for any programme or seminar, it would have been cancelled right away. But as it is a BJP event, permission has been granted," he said.

"The police is delaying the issue by citing board exams and said we will not be able to use loudspeakers during our programme," Ghosh had said.

Kolkata Police, however, had denied the allegations and said they had "just followed the rules".

The use of loudspeakers has been restricted for the examinations.

The TMC government had earlier denied police permission for several rallies of Shah when he was the BJP president.