The underworld don was extradited owing to a bilateral treaty 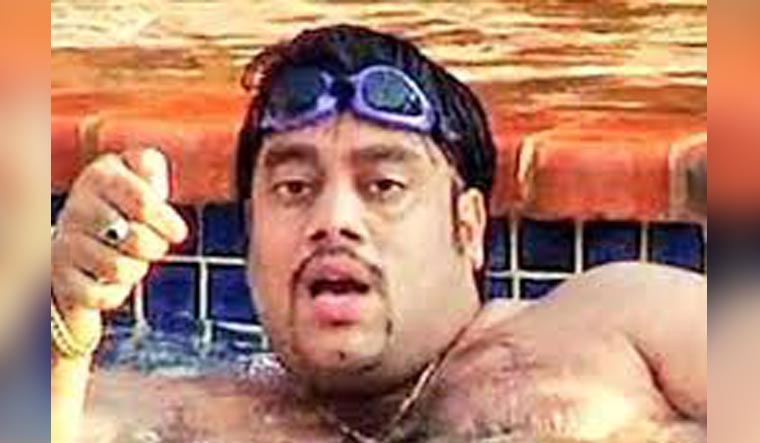 The long chase for a ghost-like figure has come to a conclusion, said Karnataka ADGP (Law and Order) Amar Kumar Pandey, who headed the team that brought gangster Ravi Pujari to Bengaluru on Monday morning, after securing his extradition from Senegal.

Addressing a press meet in Bengaluru on Monday, Pandey said, "Pujari was produced before the first additional city metropolitan magistrate's court in Bengaluru, which has remanded him to police custody till March 7."

A close aide of underworld don Chhota Rajan, Pujari is facing 97 cases in Karnataka alone (47 in Bengaluru city), besides several others in Mumbai, Thane, some districts of Gujarat, and Kochi in Kerala.

"Once the Karnataka Police complete the process of investigation and filing chargesheets and additional chargesheets in many other cases, the other agencies concerned, who would like to investigate him, will be given an opportunity as per law," said Pandey.

Stating that arresting Pujari, a fugitive for many years, had given him immense satisfaction, Pandey expressed gratitude to authorities in Senegal, Indian embassies in Burkina Faso and Senegal and the Indian government. "The Supreme Court of Senegal rejected the last option available to Ravi to escape extradition and ordered his immediate extradition. The Interpol in Dakar (Capital city of Senegal) had executed one of the many red corner notices issued on April 3, 2017, against Pujari, where he was an accused under IPC sections 302 and 120B and sections 3 and 25 under the Arms Act. He was arrested on January 19, 2019 and sent to jail in Senegal. He remained in prison (judicial custody) till he was handed over to us yesterday," informed Pandey.

Despite the fact that India had no extradition treaty with Senegal, the underworld don was extradited owing to a bilateral treaty.

In 1994, Ravi Pujari was arrested in a murder case in Mumbai and the police had collected his fingerprints and photographs. When he was released on bail he was again involved in murder cases. He fled the country and landed in Burkina Faso via Nepal, Uganda, and Bangkok. He lived in there for 12 years and was into textiles, electronic goods trading, and opened a restaurant in partnership. He also became a citizen of Burkina Faso based on a fake Indian passport where he mentioned his address as Mysore. Three years ago, he shifted to Senegal and was running an Indian restaurant named 'Maharaja'. But he continued extortion and making threat calls to businessmen, film stars, builders, developers, doctors, and politicians.

Pandey, who took up the assignment of tracking down the gangster, on July 18, 2018, said the breakthrough in the case came on December 18, 2018, when Pujari was identified for the first time.

"The reconciliation happened on January 1, 2019. We conducted undercover surveillance and we got him in his weak moment, when he was at the barber shop. On January 2019, he was finally arrested," the ADGP said.

Ravi Pujari was given the name 'Anthony Fernandes' alias 'Tony Fernandes' by Chhota Rajan. In Senegal, he changed his name to 'Rocky Fernandes'. He got a national identity card from Burkina Faso and a passport as well. "He lived a respectable life. He is very influential and known for his social work as he has donated clothes to the poor, and sponsored pump sets in water-scarce villages," said Pandey, adding that the Indian gangster was a philanthropist in Senegal.

When Pandey and his team met Pujari, the latter asked in Hindi, "Aap log India se aaye hai? " (have you come from India?)

"He slowly got used to us. As he did not know where he was being taken to, he was tense. But he cooperated with us during the flight from Paris to Bengaluru," added the cop.