Vyas called on Muslim community to boycott people like Pathan, "teach them a lesson" 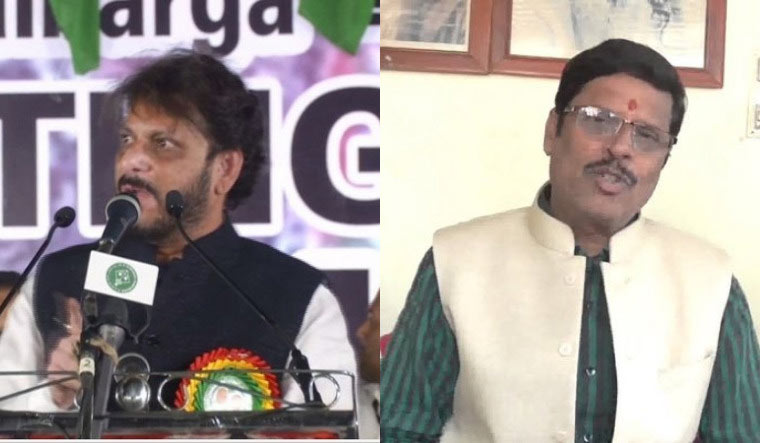 Hitting out at AIMIM leader Waris Pathan over his '15 crore Muslims can be heavy on 100 crore' remark, Maharashtra BJP legislator Girish Vyas has said he should remember what happened in Gujarat.

Vyas, who is an MLC and a BJP spokesperson, also urged the Muslim community to boycott people like Pathan and "teach them a lesson".

"The youth and patriots of this country and each worker of the BJP are ready to give a befitting reply to Waris Pathan in the same language he has used," Vyas said while speaking to TV9 news channel on Friday.

"We are tolerant and patient, but this not does mean that we cannot deal with them. Remember Gujarat, the incidents happened in Kalupur. If they take that into account... I feel the Muslims there today do not dare to rise again," he said.

Vyas was apparently referring to the 2002 post-Godhra riots in Gujarat, in which over 1,000 people, mostly of the minority community, were killed.

"Maharashtra chief minister should take action against Pathan for sedition and the Indian government should send him to Pakistan," he added.

Vyas, who is from Nagpur, dared Pathan to come to his city.

"We will make proper arrangement for you. Do you think we are wearing bangles? We are ready to deal with you. But we feel that there should not be any disharmony in the society," he said.

"We request the Muslim community to boycott such people. The community should teach a proper lesson to those who are trying to create disharmony in the society," Vyas added.

While addressing a rally against the Citizenship (Amendment) Act (CAA) at Kalaburagi in North Karnataka on February 16, Pathan had allegedly said, "We have to move together. We have to take Aazadi (freedom), things that we don't get by asking, we have to take it by force, remember it... (We may be) 15 crore, but are heavy on 100 (crore), remember it."