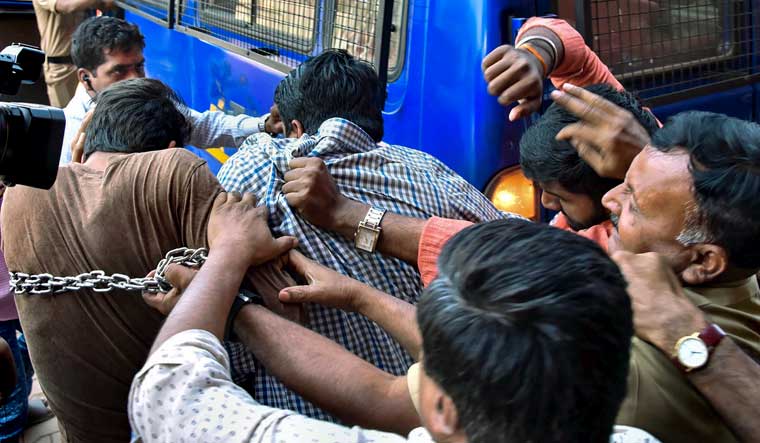 Three days after the Bar Association in Hubli announced none of its members would appear as counsel for three Kashmiri students arrested on charges of sedition, the Karnataka High Court expressed its anger at the decision on Thursday.

The three students of KLE Engineering College in Hubli were arrested last week for allegedly recording and circulating slogans in praise of Pakistan and secession on the occasion of the first anniversary of the Pulwama suicide bomb attack on February 14.

Chief Justice Oka was quoted as saying, “How can the bar association pass such a resolution. By passing such a resolution they are obstructing court work. Are they carrying out a mini-trial by themselves?”

The Karnataka High Court passed the order in response to a plea by 24 advocates who opposed the Hubli Bar Association's decision. The petitioners had contented that the bar association's stance violated the fundamental rights of the accused.