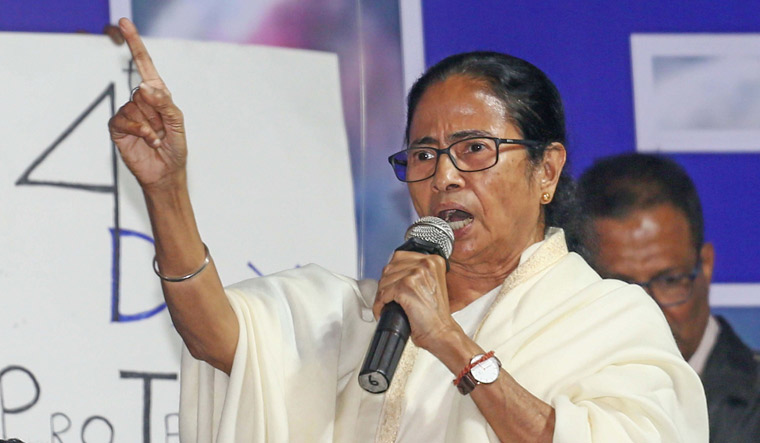 Paul, a two-term former MP, died at the age of 61 in Mumbai on Tuesday after a heart attack.

He was an accused in the Rose Valley chit fund scam case and was in jail for over a year.

Banerjee, while paying homage to Paul, also alleged that another TMC leader Sultan Ahmed had also died of cardiac arrest as he was under stress after being named an accused in the Narada tapes scandal of 2017.

"Tapas Paul was under tremendous pressure from central agencies and was a victim of the Centre's vendetta politics," she told reporters at Rabindra Sadan where Paul's mortal remains have been kept for people to pay homage.