A large posse of security personnel was deployed at Shaheen Bagh 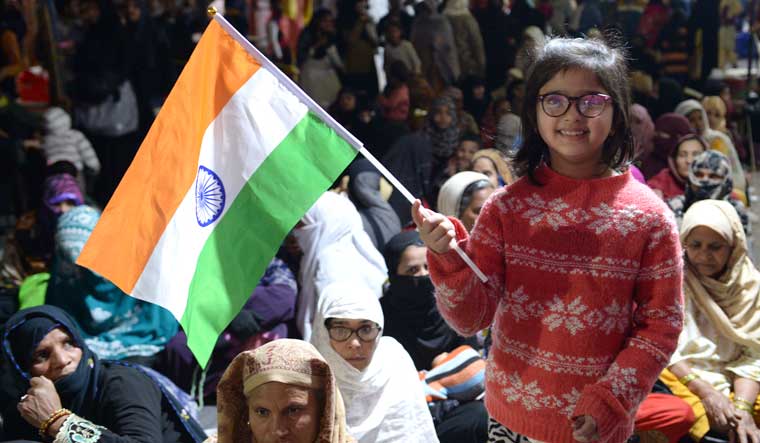 Shaheen Bagh protesters will march to the residence of Home Minister Amit Shah for a dialogue over the new citizenship law after getting due permission from authorities, the organisers said on Sunday as security was enhanced in the area due to the planned rally.

The protesters, who had announced that they will take out the march on Sunday, said they are awaiting nod from the police which have sought some time.

A large posse of security personnel was deployed at Shaheen Bagh in south-east Delhi where hundreds of women protesters gathered to march towards the residence of Shah for a dialogue over the Citizenship Amendment Act (CAA).

Barricades were placed at the site and the protesters were stopped after a little distance.

The protesters chose an eight-member delegation, including the elderly women called the 'dadis' of Shaheen Bagh, to approach the police "to allow them" to meet Shah and asserted that they will carry out the march peacefully.

"Police said they have forwarded our request to meet the home minister and have sought some time to arrange it," Javed Khan, one of the protesters, said. He added that the protesters will replan their march after getting confirmation from the police.

Unable to get the requisite permission, the anti-CAA protesters returned to the venue where they have been holding agitation against the new law.

Police officials including DCP (Southeast) R.P. Meena, Additional DCP (Southeast) Kumar Gyanesh and Shaheen Bagh SHO held talks with a group of protesters and gave them assurance that their application has been forwarded to the authorities concerned for further action.

"The protesters wanted to know about the status of their application. This was regarding permission for marching from Shaheen Bagh to the residence of the Home Minister, which they had given to us. We told them that the application was given to DCP New Delhi and it will be further submitted to the police headquarters which will take a final call on it," Deputy Commissioner of Police (Southeast) Meena said.

Three days ago, Shah had said anyone who wants to discuss issues related to Citizenship (Amendment) Act with him can seek time from his office.

"(We) will give time within three days," the Home Minister had said.

The protesters at Shaheen Bagh, mainly women, have been staging a sit-in against the CAA, National Register of Citizens (NRC) and the National Population Register (NPR) for the past two months.