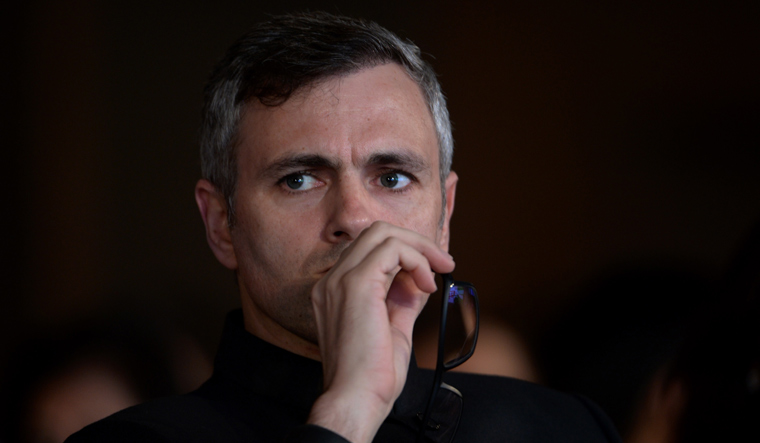 The Supreme Court issued a notice to the Jammu and Kashmir administration on Friday on a plea filed by Sara Abdullah Pilot challenging the detention of her brother and National Conference leader Omar Abdullah under the Public Safety Act.

Pilot had on Monday approached the top court challenging her brother's detention under the Public Safety Act, saying the detention order was "manifestly illegal" and there was no question of him being a "threat to the maintenance of public order".

At the outset, the bench asked Sibal as to "what are the grounds of detention".

Sibal referred to the dossier handed over to Abdullah by Superintendent of Police and said the grounds of detention are already mentioned there.

"Has any petition been filed in the Jammu and Kashmir high court by anybody on your behalf? Verify whether anything is pending there," the bench told Sibal.

Sibal told the bench that nobody has filed anything in the high court on their behalf.

After issuing notice, the bench said the matter will be heard after three weeks.

Sibal urged the court that the matter be heard next week as it is a habeas corpus petition concerning liberty of an individual.

When Sibal said that it would delay the matter, the bench said," you have waited for so long. Wait for 15 more days.

"It can't be heard overnight," the bench said and posted the matter fore hearing on March 2.

The plea has sought quashing of the February 5 order detaining Abdullah, former chief minister of erstwhile state of Jammu and Kashmir, under the PSA and also sought his production before the court.

Pilot has said that exercise of powers by authorities under the CrPC to detain individuals, including political leaders, was "clearly mala fide to ensure that the opposition to the abrogation of Article 370 of the Constitution is silenced".