Kejriwal invites PM Modi for his swearing-in ceremony on Sunday 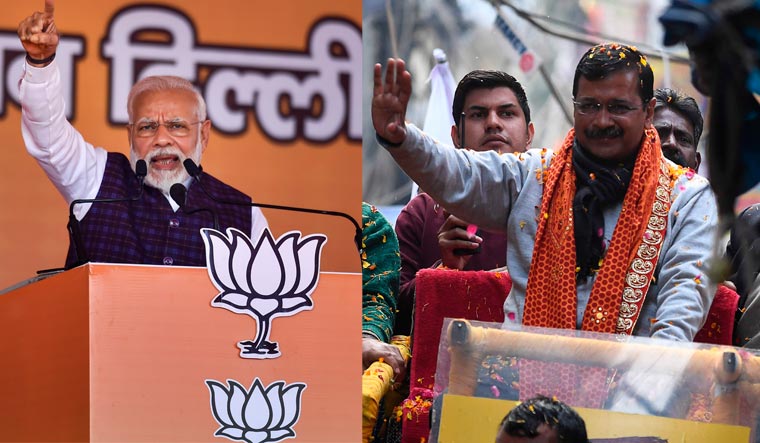 Rai, the convenor of the Aam Aadmi Party's Delhi unit, said a letter was sent to the prime minister on Friday morning.

It was, however, not clear whether the prime minister would attend the swearing-in ceremony. According to his schedule, he is travelling to his parliamentary constituency Varanasi on Sunday to inaugurate over 30 projects. All seven Delhi MPs and eight newly-elected BJP MLAs have also been invited for the oath-taking ceremony, Rai said.

No chief minister or political leaders from other states will be part of the event as it will be a "Delhi-specific" ceremony, Rai had said on Thursday. Kejriwal, through front-page advertisements in newspapers, has urged Delhiites to attend his oath-taking ceremony as he is set to become the chief minister of Delhi for the third consecutive term.

He will take oath as Delhi chief minister along with his cabinet at 10 am on Sunday.