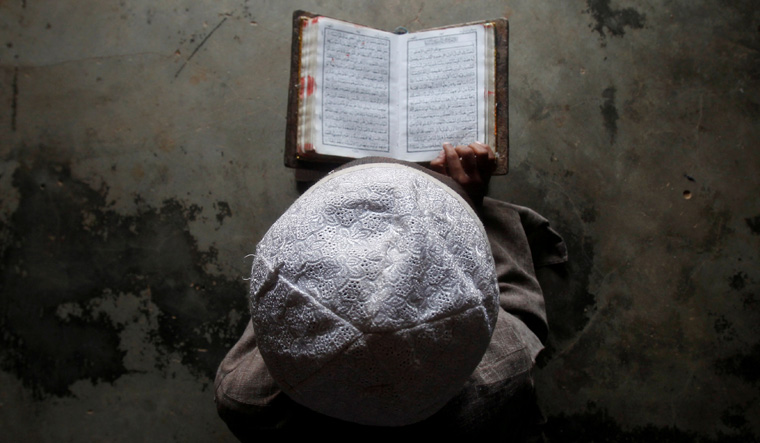 The BJP-led Assam government's decision to shut down the state-run madrassas and Sanskrit tols (centres of learning) has invited critical remarks from the opposition Congress and various organisations, Islamic as well as those linked with Sanskrit, while the saffron party backed the move.

The Assam State Jamiat Ulema-e-Hind, one of the leading organisations of Islamic scholars belonging to the Deobandi school of thought, has threatened to take legal action in order to stop the administration from implementing its plan.

State's Education Minister Himanta Biswa Sarma had said on Wednesday that the state-run madrassas and Sanskrit tols would be closed down within the next three to four months.

He had said they would be converted to high and higher secondary schools teaching regular courses "because it is not the job of government to provide funds to institutions to impart religious teachings, Arabic or other such languages".

Sarma said there were about 1,200 madrassas and 200 Sanskrit learning centres in Assam without any independent boards to run them.

The minister said "If someone is teaching religion using own money then it is no problem, but if the state funding is used for teaching holy Koran, then we have to teach Gita and Bible as well".

"As the state government is a secular entity, it cannot fund organisations involved in religious teaching."

"Private madrassas and Sanskrit tols can continue to run, but we will soon bring a new legislation to ensure they function in accordance with a regulatory framework," he said.

He emphasised that the administration should have instead taken steps to modernise these institutions.

Gogoi, who had studied at a madrassa in Jorhat along with many boys from Hindu families, said, "The government should not ignore the madrassas and link them them with religion. Instead of killing the institution, government should strengthen them, modernise them, introduce general subjects and promote technology there".

Referring to the tols, Gogoi said, Sanskrit was the richest language not only of India but of the world. It not only has the rich religious texts of the Vedas but also of other books of knowledge.

Meanwhile, both the Anfar and Badruddin Ajmal groups of the Assam State Jamiat Ulema-e-Hind opposed the move.

Maulana Fazlul Karim, state secretary of the Jamiat led by AIUDF chief and MP Badruddin Ajmal, told PTI "It's not true that the madrassas only impart religious education as they teach Islamic studies and the subject Arabic as a foreign language which helps many of its students become doctors and engineers and get employment in the Middle East countries".

Noting the madrassas give importance to general education syllabus teaching other regular subjects such as maths, science, Assamese, English, social studies, etc., Maulana Karim said children from the Hindu community also study in many of these institutions across the state, while a large number of others similarly were enrolled in the neighbouring West Bengal.

"If the state government closes down its madrassas, then Jamiat may take recourse to legal provisions to halt the move," Maulana Karim warned.

The state unit of the BJP supported the government's decision.

Assam BJP spokesman Rupam Goswami said the state has taken a right decision as "it is not the responsibility of the government to provide money for promoting religious eduction."

Fakrul Islam, Superintendent (Principal) of Ashima Senior madrassa established in 1942 in Karimganj, said along with the general subjects, Koran and Hadith or sayings of Prophet Muhammad are taught as literature there.

As no religious teaching is imparted, Islam said, the students passing out from there were not interested in becoming Imaams in mosques or joining any religious institutions.

Objections have also been raised against the decision to wind up the state-aided Sanskrit tols.

Damodar Satuspathis Sanskrit tol governing body vice president Jukti Nath Khound said the government should have taken such a strong step only after enough deliberation as question will arise as to who will conduct the Madyamik (higher secondary) level and Shastri (graduation degree) level courses.

It is at present held by Kumar Bhaskar Varma Sanskrit and Ancient Studies University at Nalbari.

Guna Saikia, retired Sanskrit department professor of Nagaon College, is of the opinion that the government instead of closing down the tols should have taken initiative for creating a conducive atmosphere for imparting Sanskrit teaching.

Head of a Satra (monastry) set up by 14th-15th century polymath of Assam Srimanta Sankar Deb wanted the tols to continue.