Kejriwal is playing the role of the Pakistan Army spokesman, says Sharma 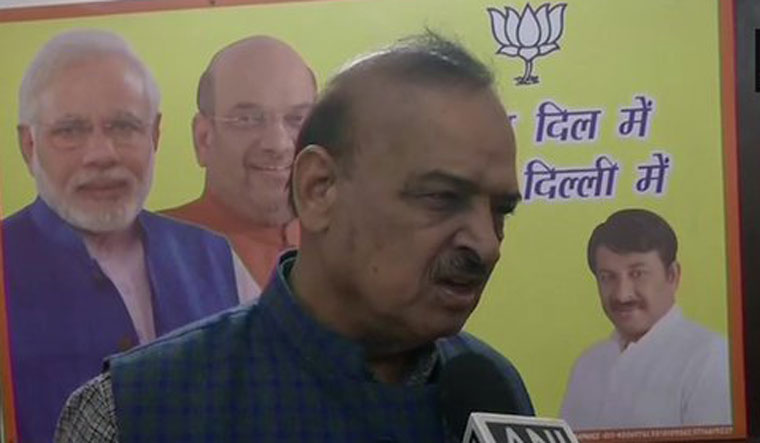 Leaders of the Bharatiya Janata Party in Delhi seem to be in no hurry to end their verbal attack on Chief Minister Arvind Kejriwal, despite the party suffering a severe drubbing in the assembly elections even after a vociferous campaign.

On Wednesday, BJP MLA O.P. Sharma called Kejriwal a corrupt man and a terror sympathiser, saying the chief minister was playing the role of the Pakistan Army spokesman.

“Arvind Kejriwal is a corrupt man; he sympathises with terrorists, plays role of Pakistan Army spokesman, raises questions on Indian Army and supports the tukde-tukde gang. Indeed, terrorist is the appropriate term for him,” Sharma, who won from Vishwas Nagar, said.

Sharma is not the first leader to call Kejriwal a terrorist. Earlier, during the election campaign, the poll panel had imposed a ban on BJP MP Parvesh Verma from campaigning for using the same term against the chief minister.

Verma had called Kejriwal a 'terrorist' over the latter's support to the agitators at Shaheen Bagh who are protesting against the contentious Citizenship Amendment Act. “If the Delhi chief minister stands with the protesters of Shaheen Bagh who are raising slogans of Pakistan zindabad, he can be called a terrorist,” he had said while talking to a TV channel.

Union minister Prakash Javadekar, too, had attacked Kejriwal during the campaign, saying there is not much of a difference between an anarchist and a terrorist.

"Kejriwal is now asking with a sad face, 'am I a terrorist?' You are a terrorist and there is a lot of evidence to prove that. You yourself had said you are an anarchist. There is not much of a difference between an anarchist and a terrorist," Javadekar had said.