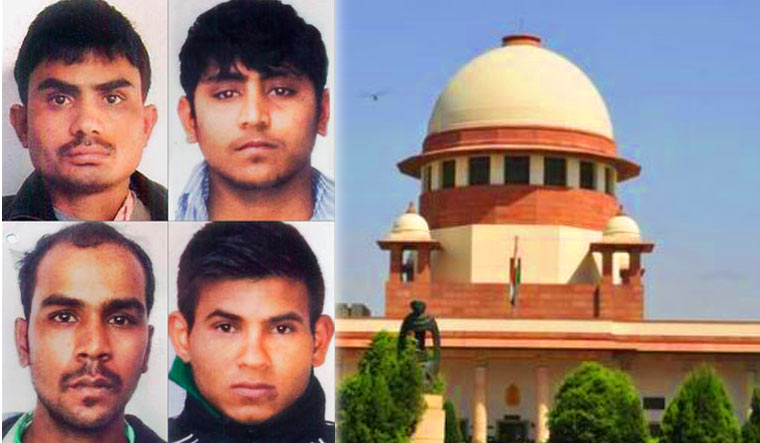 The Supreme Court, on Tuesday, allowed the Centre to move trial court for fresh death warrants against the Nirbhaya gang-rape convicts. The SC also issued notices to the four convicts. The case will taken up by the SC on February 13. The decision was taken by a bench comprising Justices R. Banumathi, Ashok Bhushan and A.S. Bopanna.

The Centre had filed a petition against the Delhi High Court's judgment that the convicts can only be executed together after they have executed all legal remedies. “Execution of Nirbhaya case convicts is not for enjoyment, we are executing the mandate of law,” Solicitor General Tushar Mehta told SC.

Earlier, Mehta had told the court that the "nation's patience is being tested" in the matter and the bench will have to lay down a law on the issue. Mehta told the bench that one of the convicts Mukesh Kumar Singh has exhausted all his remedies, including mercy plea and the challenge to its rejection in the apex court. The mercy pleas of Akshay Kumar and Vinay Kumar Sharma have already been dismissed, he said, adding that the fourth convict Pawan Gupta has neither filed a curative petition nor a mercy plea.

Asha Devi, mother of gang-rape victim told ANI before the hearing: “I hope today's judgment will be in our favour, and the convicts will be hanged soon".