Atishi has got more than 7,000 votes compared to BJP's Dharambir Singh 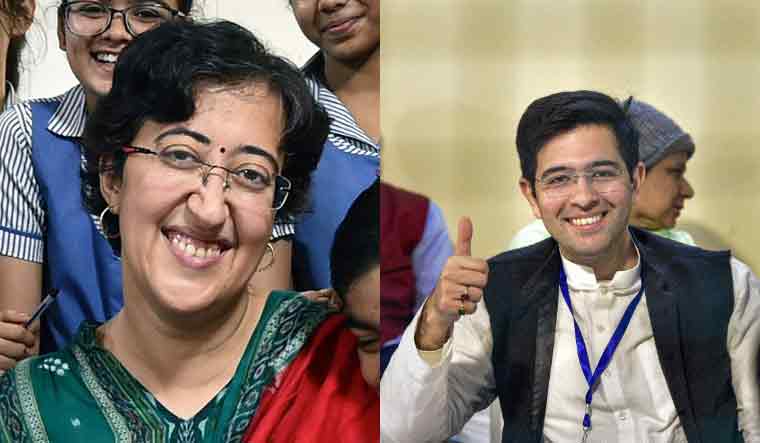 Aam Aadmi Party's Atishi can heave a sigh of relief as she has emerged victorious from Kalkaji assembly constituency in the Delhi assembly elections. Atishi has got the better of BJP's Dharambir Singh by a margin of more than 7,000 votes.

With the counting entering its last stages, AAP is leading or has won in 62 seats, while BJP in eight.

With the victory, Atishi has avenged the defeat she had to endure at the hands of BJP's Gautam Gambhir from East Delhi Lok Sabha seat in the General elections last year. Gambhir won the seat by a margin of more than 4.77 lakh votes. Atishi could only finish third as Congress's Vijender Singh finished second.

Atishi, who replaced Avtar Singh Kalka in Kalkaji, was trailing initially but surged ahead by over 200 votes by 11.30am. Atishi's victory is testimony that the AAP government's work in improving the education system in Delhi has been a key factor in its journey to re-election this year. Oxford-educated Atishi is an educator and has been credited with changing the face of government-run schools in Delhi.

The seat was also a challenge for the AAP because of the voters’ negative feedback in the area about its sitting MLA Vijender Garg, who was dropped this year.