"NRC, NPR will result in direct victimisation of the underprivileged classes" 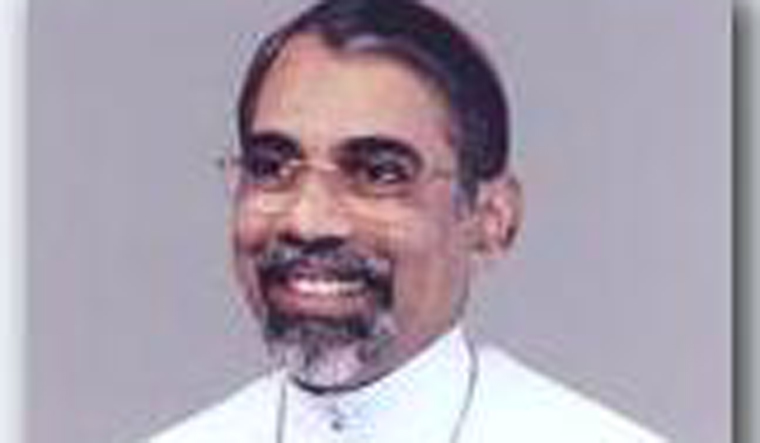 Archbishop of Goa and Daman Filipe Neri Ferrao | via Archgoadaman.org

Archbishop of Goa and Daman, Rev Filipe Neri Ferrao, has urged the central government to "immediately and unconditionally revoke the Citizenship Amendment Act" and stop quashing the "right to dissent".

He also appealed to the government not to implement the proposed countrywide National Register of Citizens (NRC) and the National Population Register (NPR).

Diocesan Centre for Social Communications Media, a wing of the Goa Church, in a statement on Saturday said, "The Archbishop and the Catholic community of Goa would like to appeal to the government to listen to the voice of millions in India, to stop quashing the right to dissent and, above all, to immediately and unconditionally revoke the CAA and desist from implementing the NRC and the NPR."

The CAA, NRC and NPR are "divisive and discriminatory" and will certainly have a "negative and damaging effect" on a multi-cultural democracy like ours, the church said.

There is serious concern that NRC and NPR will result in "direct victimisation of the underprivileged classes, particularly Dalits, adivasis, migrant labourers, nomadic communities and the countless undocumented people who, after having been recognised as worthy citizens and voters for more than 70 years, will suddenly run the risk of becoming stateless and candidates for detention camps," it said.

There has been widespread discontent and open protests throughout the country and even abroad against the CAA, NRC and NPR, which are "forecasting a systematic erosion of values, principles and rights" that have been guaranteed to all citizens in the Constitution, the release said.

Eminent citizens, including top intellectuals and legal luminaries, have taken a studied and unequivocal stand against the CAA, NRC and NPR, it noted.

The statement comes two days after the RSS invited Ferrao to a lecture and interaction with intellectuals on the Sangh's concept of India to be held near Panaji. RSS general secretary Suresh Bhaiyyaji Joshi will address a gathering on February 8 at Dona Paula near Panaji, Goa RSS chief Laxman Behre said on Friday.

"We have invited intellectuals, including editors of prominent newspapers, and the Archbishop for the lecture by Bhaiyyaji Joshi on RSS' concept of 'Vishwaguru Bharat'," he said. All opinion makers in the state have been invited to attend the programme, Behre had said.

Goa also witnessed several protests, which transcended the confines of religious and caste affiliation and brought people from all walks of life together on one united platform, said the statement.

The church said Christians in India have always been a peace- loving community and deeply committed to the ideals of justice, liberty, equality and fraternity, enshrined in the Constitution.

"We have always taken great pride that our beloved country is a secular, sovereign, socialist, pluralistic and democratic republic," the church said.

The very fact that CAA uses religion goes against the secular fabric of the country, it said.

"It goes against the spirit and heritage of our land which, since times immemorial, has been a welcoming home to all, founded on the belief that the whole world is one big family," the church said.

"We pray for our beloved country, that good sense, justice and peace prevail in the hearts and minds of all," it added.