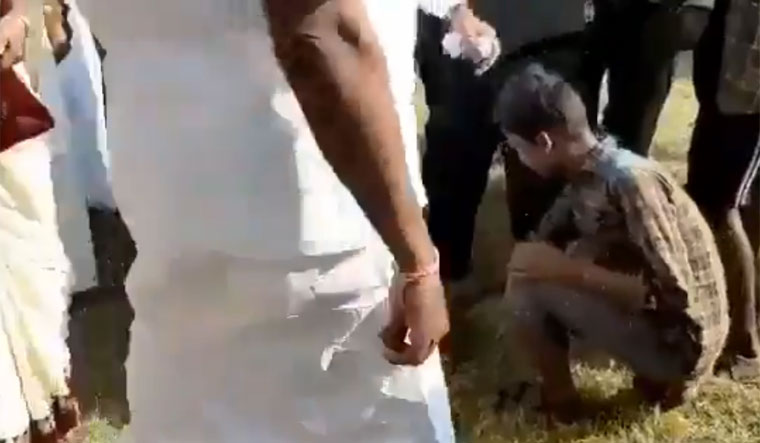 Tamil Nadu Forest Minister Dindigul C. Sreenivasan found himself in the middle of a storm after he allegedly made a tribal boy remove his slippers before entering a temple. A video of the incident that took place recently in Theppakkadu near Udhgagamandalam has gone viral on social platforms after a local television channel aired it on Thursday.

Sreenivasan was at the hill station for the inauguration of a rejuvenation camp for captive elephants in Mudumalai Tiger Reserve (MTR).

The video shows the AIADMK minister calling the boy and asking him to remove the slippers so as to enter the temple near the camp. The boy readily obliged and removed the slippers in full public view, while the district collector and other officials, who were present with the minister, remained silent spectators.

It is not clear as to why Srinivasan asked the boy to remove his footwear. However, reports said the 71-year-old leader was suffering from back pain.

The incident has caused outrage on the social media with several condemning it and seeking action against the minister under the SC/ST Act.

Facing widespread criticism, the minister sought to downplay the incident, saying the boy was like his grandson.

"He looked like my grandson. I called him and asked to remove the buckle of my footwear which he did. That is all. I don't even know who he was. It was just a coincidence," he told reporters.