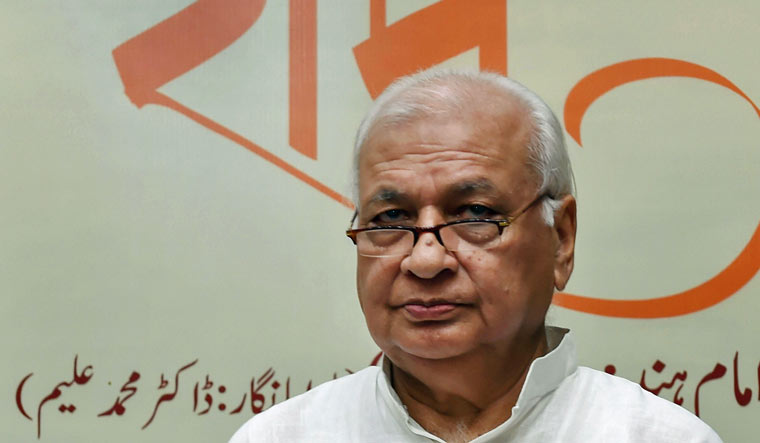 The war of words between Kerala Governor Arif Mohammad Khan and political fraternity in the state over the controversial Citizenship Amendment Act (CAA) has taken a new turn on Saturday as opposition leader in the state assembly, Ramesh Chennithala, has given a notice to speaker seeking permission to introduce a resolution in the assembly calling on President Ram Nath Kovind to recall the governor. Chennithala's move comes as Khan sought an explanation from the government for including the state's disapproval of CAA in the policy address to the assembly.

"The governor has challenged the authority of the assembly, so he must be removed immediately. I have given a notice to the speaker under Rule 30 to present the resolution requesting the President to recall him," the Kerala Congress-backed UDF leader said a press meet in Thiruvananthapuram on Saturday.

However, the governor ridiculed the move. "I don't think this kind of thing deserves any comment. Before opening my mouth, I read the Constitution and law to become aware of role and duties conferred upon me," Khan said, in response to the opposition move.

The governor will address the 18th session of the assembly on January 29. By practice, the governor usually reads out the policy speech prepared by the state government. However, Khan questioned and sought clarity on the inclusion of references opposing the citizenship law in the policy speech.

While sending back the speech, Khan pointed out that many issues mentioned in it, including CAA, were being considered by different courts. He also expressed his displeasure over the inclusion of union subjects in the policy speech.

Khan has been at loggerheads with the Kerala government ever since he assumed office on September 6, 2019. He had earlier accused the Kerala government of "concealing information" from him on adopting a resolution in the Assembly or approaching the Supreme Court on the Citizenship (Amendment) Act. On Monday, he had rejected the Left front government's explanation over moving the Supreme Court against CAA without informing him and said it was 'unlawful'.

Khan's strongly-worded reaction had come hours after state Chief Secretary Tom Jose met him at the Raj Bhavan and explained the grounds under which the state government had filed a suit in the Supreme Court against the citizenship law. The chief secretary, in the brief meeting, was understood to have informed the governor that the government had not willfully violated any rules.