Aditya has confessed to have planted the bomb out of vengeance 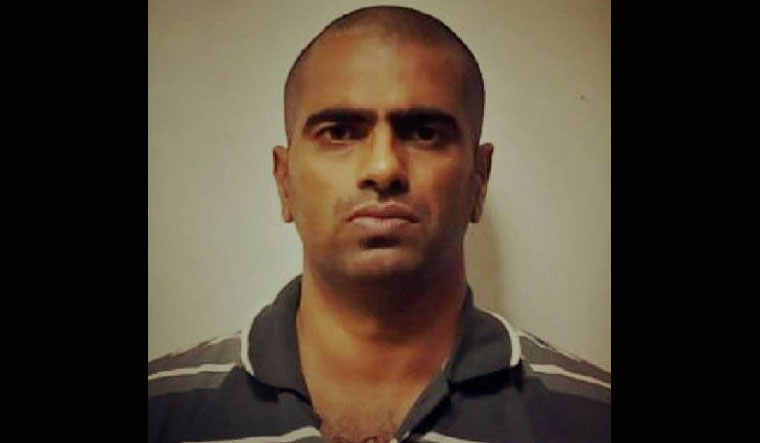 The suspect in Mangaluru airport bomb incident has surrendered before the DGP Neelamani Raju in Bengaluru on Wednesday. The suspect has been identified as Aditya Rao, a native of Manipal.

Aditya, a mechanical engineering graduate has allegedly confessed to have planted the bomb at the Mangaluru international airport in Bajpe out of "vengeance" as he failed to secure a job.

The Halasur police took Aditya into custody after he surrendered. The accused was taken to St Martha's hospital on Nrupathunga road for medical examination.

According to sources, Aditya, 37 was upset after he failed to secure a job at the airport. Two years back, Aditya had made hoax calls claiming bombs had been planted in Kempegowda International airport in Bengaluru and also the Krantiveera Sangolli Rayanna Railway Station in the city. He was arrested in 2018. He served 11 months in jail.

After the Bajpe airport incident, the police who got leads about Aditya's history, formed three teams to look for him and reached his father's Manipal residence. The police learnt that the accused had left for Bengaluru.

According to police sources, the accused had joined work at Quality Kudla hotel in Mangaluru in mid-December, in the billing section. However, he stopped reporting to work after January 13.

"He was aloof, quiet and seemed mentally disturbed. But he was good at his job," said his employer.

It is suspected he made the bomb while staying in the hotel. Once he was out of prison, he tried to connect with terrorist groups to learn to make bombs but gave up the idea. For the last year, he was learning to make bombs by watching YouTube videos. He had procured a white powder online, claimed police sources.

On January 20, Aditya, who planted the bomb in the airport terminal, took an autorickshaw from the airport. Then, he travelled in a lorry from Pumpwell circle in Mangaluru to reach Mysuru.

After the police launched a massive hunt across the state, the accused came to Bengaluru in disguise and surrendered, say sources.

Home minister Basavaraj Bommai lauded the police for their efforts to crack the case. "The police have carried out a swift and impartial probe," said Bommai.

Mangaluru IPS Dr P.S. Harsha said on Twitter, "Mangaluru city police investigation team is flying into Bengaluru shortly to investigate the developments in connection with MIA case.. the team will question the suspect and will initiate further necessary legal action."