After protests from Malayalis, Puttu and Kadala back on IRCTC menu 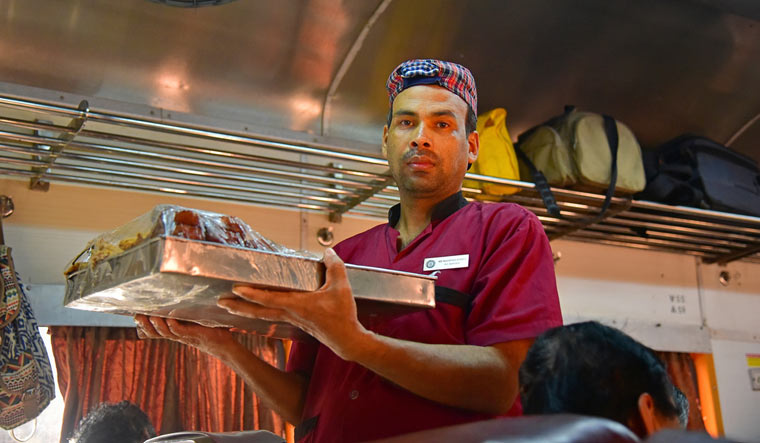 After facing social media flak from Malayalis, the Indian Railway Catering and Tourism Corporation (IRCTC) has decided to reinstate all the traditional Kerala delicacies on its revised menu.

“IRCTC officials came home this morning. They informed me that all Kerala dishes have been included on the menu,” said Ernakulam MP Hibi Eden in a Facebook post on Wednesday.

The MP joked: “We (Malayalis) won't allow the train to run without having our pazhampori, meencurry and oonu.”

The IRCTC had found itself in the middle of a storm after dishes such as appam and egg curry, porotta, dosa, puttu and kadala curry did not find a place on the new menu. These items were the most sought-after at railway stations in Kerala.

The IRCTC had also doubled the price of the food at the Railways Vegetarian Refreshment Room (VRR) and restaurants.

On Monday, Eden said he had talked to IRCTC chairman M.P. Mall and also written to Railway Minister Piyush Goyal, seeking their urgent intervention. In his letter to Goel, the MP said Malayalis are discriminated in trains and railway refreshment rooms by the food which is the right of every passenger.

He had also raised the issue of hike of price of food items.

According to him, price of meals has been increased from RS 35 to 70 and that ofsnacks such as vada from Rs 8 to 15.

While the price of vada has not been reduced, the fare of snack meal like parotta, chappathi, idiyappam, appam and puttu with kadala curry or egg curry will be served at Rs 50.

According to IRCTC, a passenger will have to shell out Rs 20 for unniyappam / sukhiyan / neyyappam, 2 numbers each.