You don't give us trains, at least give pazhampori, Kerala MP tells Railways

Hibi Eden raised the issue of the changed menu with IRCTC, Piyush Goyal 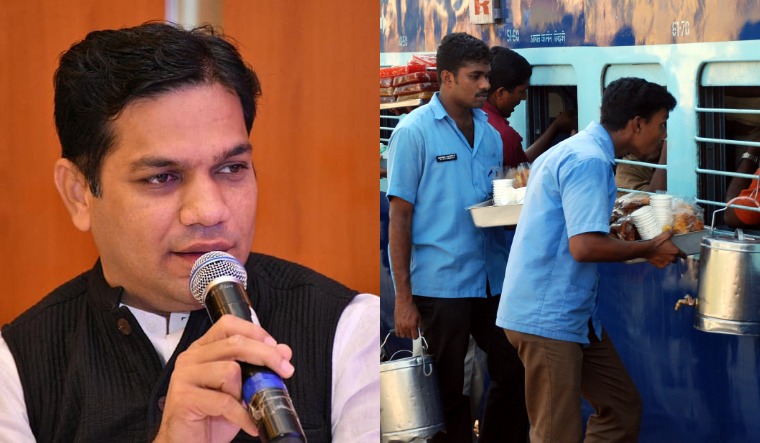 Soon after social media users in Kerala reacted with anger to news reports that popular food items from the state were off the menu in Railway stations, the Indian Railway Catering and Tourism Corporation has gone into damage-control mode.

On Monday, it was reported that popular food items from Kerala such as pazhampori (banana fritters) and puttu (steamed cake) were off the IRCTC menu and had been replaced by north Indian fare such as kachori and chhole bhature.

IRCTC is the subsidiary of the Railways that handles catering at stations and on trains. IRCTC chairman Mahendra Pratap Mall assured Ernakulam MP Hibi Eden that the demand to reinstate food items from Kerala at the vegetarian refreshment rooms (VRRs) of IRCTC would be considered.

Explaining why how he took up the issue of the change in the IRCTC menu, Eden said representatives of a rail passengers' forum had met him on Monday morning to complain about the removal of Kerala dishes from the IRCTC menu. Eden said he had immediately contacted the IRCTC chairman, who assured him an official would get back to him in a week's time.

Eden argued he felt strongly about the issue given the perception that Kerala has always received a raw deal from the Railways, particularly on issues such as allocation of new train routes. "You don't give us trains; at least give us pazhampori!" Eden declared.

Eden complained that the perception among many people was that the 'South' always referred to Chennai, which meant that sentimental attachment that people had to food in states like Kerala was ignored.

Eden also felt the change in rules, such as making it mandatory to buy two vadas with two idlis, was unjustifiable. "What about diabetics and others who would prefer a quick meal of just two idlis?" Eden asked.

When asked about whether the changes in the IRCTC menu were driven by political considerations, Eden noted the menu issue would heighten the perception that culinary preferences were being imposed in a manner similar to the "promotion of one language".

In June last year, the DMK staged protests after the Southern Railway issued a circular informing staff that communication between the divisional office and stations masters should be in Hindi and English. The DMK termed the circular an attempt to impose Hindi; the order was swiftly withdrawn.

Eden on Monday had also written to Railways Minister Piyush Goyal that "dishes which are very important to Malayalees for breakfast" and snacks had been excluded from the IRCTC menu.

In his letter to Goyal, Eden highlighted that the changes made to 'combo packages' were inconveniencing customers. Eden also referred to the steep increase in prices of meals from Rs 35 to Rs 70.

Eden argued "through the changes in menu, Malayalees are discriminated (against) in trains and railway refreshment rooms... which is the right of every passenger".