Snowfall in J&K: Stranded army soldier misses his own wedding

'Just another day in the life of a soldier,' the Chinar Corps tweeted 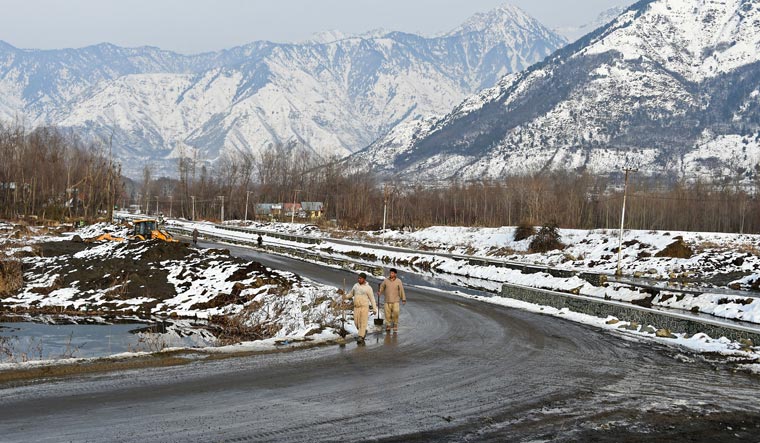 An army soldier serving in Jammu and Kashmir, was unable to make it to his own wedding after being stranded in the valley due to heavy snowfall. Suneel Kumar, who hails from Mandi in Himachal Pradesh, was set to tie the knot on January 16.

Though the army had granted him leave, and wedding preparations were on in full swing at the groom's and bride's homes, Suneel could only reach till transit camp at Bandipora. Due to extreme weather conditions and snowfall, all roads were blocked and he could not even reach Srinagar, according to reports. Suneel, who spent a few days at Bandipora, hoping for the roads to get cleared finally called the bride's family and informed that he would not be able to make it on time as flights were not allowed to take off. The families have now decided upon a new date for the wedding.

Jammu received heavy snowfall over the past few weeks, with roads as well as the Jammu airport being shut down. The weather conditions have improved now.

The official Twitter account of the Indian Army's Chinar Corps shared details about Suneel's wedding miss and wrote it was 'just another day in the life of a soldier'.

"Don't worry life will wait. #NationFirstAlways The bride's family agrees to a new date. Just another day in the life of a soldier," Chinar Corps Indian Army wrote on Twitter.