One lakh scholarships for J&K students; all Haj applications to be cleared 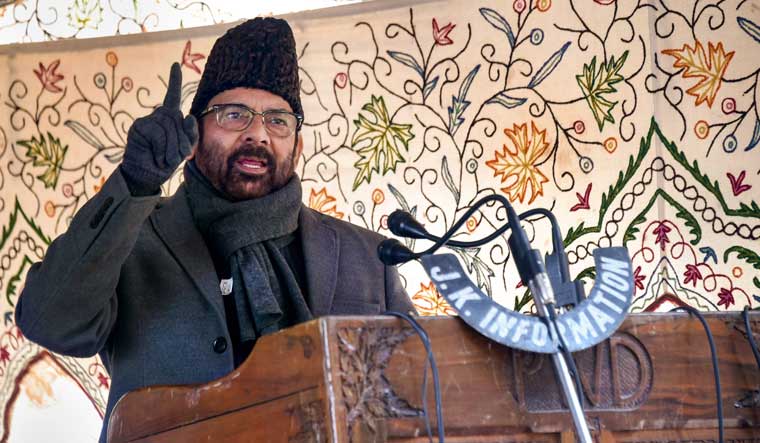 The Centre will provide one lakh scholarships to students in Jammu and Kashmir in this year and increase the Haj quota for the Union Territory so that everybody is able to undertake the pilgrimage each year.

In an exclusive chat with THE WEEK, Union Minister for Minorities Mukhtar Abbas Naqvi, who arrived in Kashmir on a two-day visit, said: “One lakh scholarship will be given to the students starting from primary classes to graduation.’’

“We will also increase the Haj quota for Jammu and Kashmir so that everybody will able to undertake the pilgrimage each year,” the minister said.

Naqvi's visit is part of the Centre’s outreach on Jammu and Kashmir that began this week. Under the outreach programme, 36 Union ministers will visit Jammu and Kashmir and travel to 60 different locations including eight in Kashmir valley.

Naqvi said around two lakh people from India perform Haj every year but we will ensure that all those apply from Jammu and Kashmir are accommodated.

Earlier, the J&K government used to select the applicants for Haj through draw of lots.

The dropouts had to go through the same process at least thrice before they were allowed to proceed to Haj without participating in the process of draw of lots.

He said the number of scholarships would be increased to ten lakh in the next five years.

He said the government is working on a policy of three Es for Jammu and Kashmir—education, employment and empowerment.

Earlier in the morning, Naqvi toured Srinagar city and then travelled to Fakeer Gujri where he addressed a gathering.

Addressing the gathering, he said the Centre was working to provide development to Jammu and Kashmir and empower its people.

He also inaugurated three developmental projects in the area.

“Some families were looting the public money by using Article 370 as a cover,’’ he said. “That has now ended.”

He said there is no atmosphere of fear in Kashmir and there has been no killings and violence after the revocation of Article 370.

Throughout the day, the Union minister met several delegations in Srinagar including daily wagers and members of different shrines including the one from Charar-i-Sharief.