Why are tensions rising in Maharashtra over Sai Baba's birthplace? 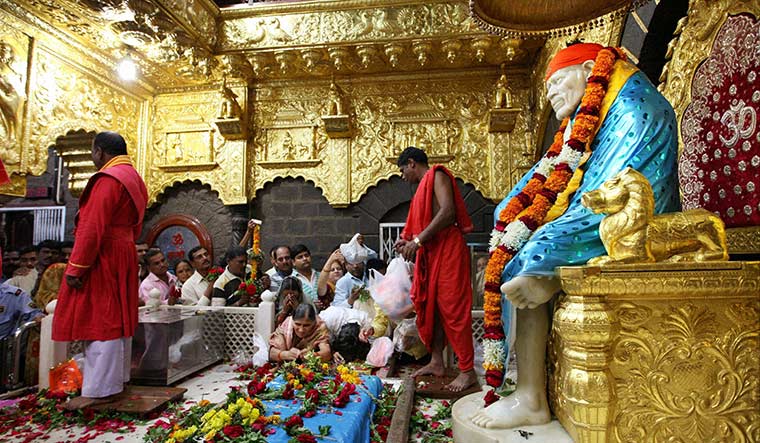 Controversy erupted on Saturday after Maharashtra Chief Minister Uddhav Thackeray announced a grant of Rs 100 crore for development of facilities at "Sai Janmasthan" (birthplace) at Pathri in Parbhani district. Pathri is considered to be the birthplace of 19th century saint Sai Baba, whose devotees cut across religious lines. But, the claim is contested. Residents of temple town Shirdi in Ahmednagar—where Sai Baba spent a large part of his life—claimed that the exact birthplace of the famed saint was not known. A `bandh' has been called at Shirdi in Maharashtra on Sunday over the controversy, even as Chief Minister Uddhav Thackeray will be holding talks to defuse the row. Local residents and leaders in Shirdi are demanding that Thackeray withdraw his official statement where he described Pathri as Sai Baba's birthplace. Bandh will be observed in surrounding villages too. But, the grand Sai Baba temple, which is visited by lakhs of devotees every year would remain open, said Deepak Mugalikar, CEO of Shree Sai Baba Sansthan Trust. Former Maharashtra minister Radhakrishna Vikhe-Patil, who is the local BJP MLA, said he supported the bandh call.

What is the controversy all about

There is a fear that if Pathri is developed, the importance of Shirdi, which has a grand temple of the saint, will fade. The issue has snowballed into a political free-for-all. BJP MP Sujay Vikhe-Patil asked why the claims that it was Sai Baba's birthplace surfaced only after the new government took over. He also said the people of Shirdi might launch a "legal fight" over the issue. Former chief minister Ashok Chavan of the Congress, on the other hand, said creation of facilities for devotees at Pathri should not be opposed over the controversy over birthplace. Shirdi attracts lakhs of devotees every year. NCP leader Durrani Abdullah Khan claimed on Thursday that there was enough evidence to prove that Sai Baba was born at Pathri. "While Shirdi is Sai Baba's 'karmabhoomi' [place of work] Pathri is 'janmabhoomi' [birthplace] and both places have their own importance," he said. Tourists from across the country and world visit Pathri but it lacks good infrastructure, he said. "People of Shirdi don't have issue with the funds, they just don't want Pathri to be called Sai Baba's birthplace," he claimed.